Aiming for the perfect Haj

Some 1,000 intending pilgrims will perform the holy pilgrimage to Makkah this year, with the first out of 12 Haj courses scheduled to be held at the end of January, conducted every Friday and Sunday.

The number of pilgrims from the Sultanate this year is back to its pre-pandemic amount and there is no age limit set for all local intending pilgrims.

Last year, some 450 Haj pilgrims from the Sultanate aged below 65 fulfilled the fifth required obligation in the Islamic pillar. Haj is obligatory for those who are financially capable as well as being mentally and physically fit.

In a premier working paper titled Advantages of Facing Challenges in Performing Haj Ritual presented by Head of the Corporate Communication Unit at Universiti Islam Sultan Sharif Ali (UNISSA) Haji Sammali bin Haji Adam during a recent course for Haj and Umrah instructors, the act of performing the Haj is a sign of gratitude and humble submission to Allah the Almighty with the blessings of sustenance given.

The act of performing the Haj is also actually the best way in the formation of moral values that are commendable to every individual Muslim. Every individual who intends to perform the Haj needs to be knowledgeable of the whole process, have patience in addition to be physically and mentally fit, financially sufficient and determination within himself to achieve the mabrur Haj or the perfect Haj and to gain blessings from Allah the Almighty. 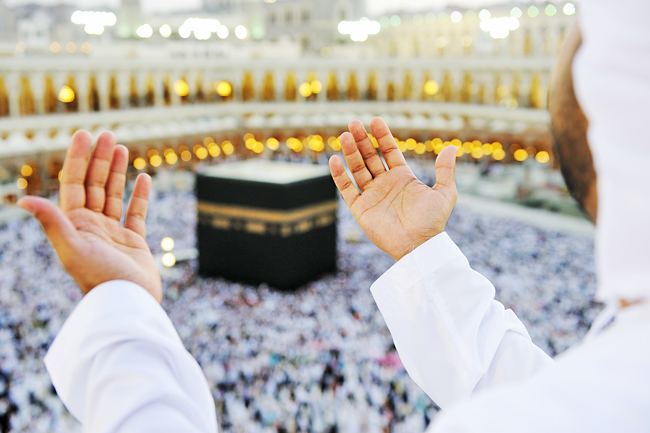 In an effort to achieve this perfection, intending pilgrims will face various challenges that sometimes interfere with the comfort in performing the Haj. One of the challenges faced by dhuyuf al-Rahman (guests of Al-Rahman) is its challenging journey.

Performing the Haj is a tiring journey but at the same time considered a great blessing. Not everyone has the opportunity to answer Allah the Almighty’s call, although sometimes money is not the problem.

As it is known that the expenses of performing the Haj every year have increased to more than BND20,000. These usually covers for services to perform Haj such as flight and accommodation costs including food, bus transportation, tents in Arafah (to gather at the mountain plain, praying and supplicating to Allah the Almighty) and Mina (stoning of devils ritual) as well as Mutawif (Haj guide) services for 40 to 45 days before including taxes and service charges imposed by the government of Saudi Arabia.

Spending for travelling during Haj is a struggle and jihad (sacrifice) for Allah the Almighty and an investment that saves oneself from the punishment of hell fire.

Haji Sammali added that before starting the journey to the Holy Land, it is recommended that intending pilgrims should be prepared and made aware of the weather condition in Saudi Arabia.

While in the holy land of Makkah or Madinah, there are many changes that the pilgrims will experience. The weather in Makkah is generally hot. The average temperature is 29.5 degrees Centigrade in January and 37.5 degrees Centigrade for the month of July. The changes that will be experienced will affect one’s state of health, including coughs, sore throats and colds, nosebleeds or itches, cracked lips and constipation.

The crowded scenario encourages out-of-control behaviour especially for those who are less patient and less appreciative of the Haj. Although the gathering is to perform worship to Allah the Almighty, the resulting behaviour is sometimes unexpected when there is environmental pressure such as overcrowding, hot weather, time limit and space constraint.

The most difficult challenge faced by guests of Allah the Almighty while performing the Haj is during Tawaf or circling around the Kaabah seven times with male and female pilgrims at the same spot.

One should be concerned over his or her state of ablution. However, this would not be a problem for congregants who are not of the Mazhab Shafi’e as contact between a man and a woman does not invalidate ablution unless there is a feeling of lust. Haji Sammali said, on this matter, Habib Muhammad bin Abdullah al-haddar said touching a non-mahram woman without covering invalidates ablution according to Mazhab Shafi’e.

In this age, with the abundance of crowding and the dominance of ignorance, it is almost impossible for a person who is walking to be safe from being touched. So the solution is to follow the view of the imams who say that touching a non-mahram woman does not invalidate ablution.

Haji Sammali added that we should perform Haj full of gratitude for all the pious acts performed will receive blessings from Allah the Almighty.

The Haj ritual is a teaching of Islam by Prophet Muhammad (pbuh). As a Muslim that follows Sunnah (practice), we should follow what has been taught.

While performing Tawaf, Haj pilgrims are recommended to kiss the Hajar Aswad as it was practiced by Prophet Ibrahim (pbuh) and Prophet Muhammad (pbuh). Such practice has become a routine for Haj pilgrims and considered as Sunnah when performing the Haj.

Islam prohibits Haj pilgrims from uttering abusive words, and calls on pilgrims to help each other. For instance during the ritual of stoning of devils at Mina, some pilgrims would need help in performing the act.

Some also lose their way while in Madinah or Makkah and pilgrims should direct them to the right pathway. Allah the Almighty has decreed the Haj to show all mankind how these humans are of various forms and they are all the same.

During the Haj season, Muslims of various race and origin gather from around the world in one place in the hope of creating acquaintance and friendship among the congregation.

Haji Sammali said performing the Haj is a noble act and is also the best and most effective way to educate one’s soul in becoming a true Muslim to please Allah the Almighty.

The essence of Haj provides inspiration and awareness in individuals to always obey Allah the Almighty’s orders and carry out all His orders both when performing the Haj and after completing the pilgrimage.

Muslims who are financially capable and in a physically healthy state should perform the Haj immediately.

With sincere intentions and determination along with the mindset of wanting to change for the better, Insya Allah, every challenge and test will definitely be overcome along the journey to meet Allah the Almighty.