Age is just a number

A fun fact about children is that they possess a natural interest in things around them.

They often imitate the personalities they like, or even experiment with various ideas and skills from their environments.

Driven by curiosity is the inspiration for them to start exploring things that attract their attention. The subsequent discovery will indirectly help them to build up confidence and motivate them to be better at it.

Once children learn about their own potential, they can become even more creative and focussed on developing their skills around it.

The same can be said for a seven-year-old boy named Mohammad Dinnie Rayyan bin Mohd Hariyadi, or Rayyan, who discovered his passion after watching his father and siblings play musical instruments.

The young drummer is a Year 1 student at Pengiran Muda Mahkota Primary School in Kampong Penabai.

According to his mother, Mardiana, Rayyan started to show interest in playing music when he was just one year old, often following his father to band practices. 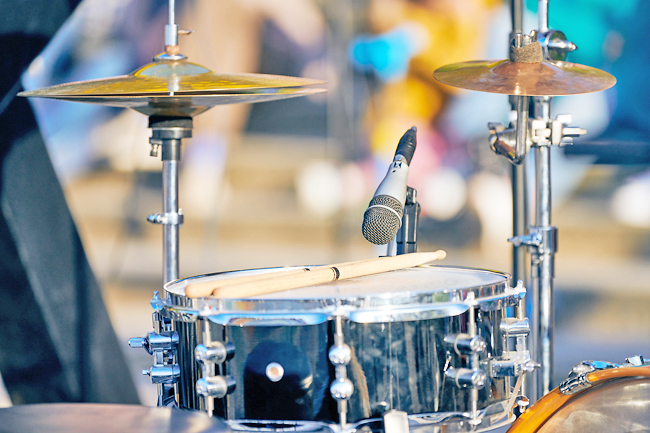 She added that at one, Rayyan had already been exposed to several musical instruments, but of all the instruments, he showed the most interest in drums.

For this, Rayyan’s parents both supported Rayyan’s interest and allowed him to play with his father’s drum kit as a small step towards becoming a good drummer.

Rayyan is the youngest of the five children, all of whom have their own preferred musical instruments, from guitar to keyboard and drums. They also love to sing, and for that, the parents bought a karaoke set along with other equipment to enablethem to have their own jamming sessions.

“We let them explore their interests,” said Mardiana. “At the same time they also pick up certain techniques from social media, such as YouTube.”

The stage performance provided Rayyan with an important opportunity to show off his skillsin front of an audience.

Following the performance, the young drummer expressed happiness at having earned his time in the limelight as well as the strong support he received from the audience.

When asked whether Rayyan has been to any music classes to polish his techniques, Mardiana said, for now, her son only practises at home with his father and siblings.

“As a family that appreciates music, we encourage our children to learn or explore what they love on their own,” she said. “However, we also often adviced them to prioritise school first.”

She added, “Only if they have free time, or during school holidays, then we will let them jam together.”