Members of the Single Mothers Movement Association (PGIT) were encouraged to acquire new knowledge and skills by joining programmes and activities organised by government or private bodies that serve as platforms for them to generate income, thus enhancing their standard of living and gain independence.

The call was made by its president, Norliha binti Haji Besar, in her welcoming address at its first annual general meeting at the Brunei Darussalam Scouts Association building in Kampong Mata-Mata yesterday.

The event saw the appointment of new executive committee members, who have registered with the association. It also aimed to strengthen ties among members comprising over 100 single mothers across the country.

The event’s special guest, Headquarter Commissioner for Female Scout Hajah Nor Rahmat binti Sidin said she hoped to see the association utilise the platform and opportunities available to achieve its goals.

She also called on the members to continuously learn new skills by participating in activities and programmes.

She added that the working spirit of the members is much needed to ensure the success of the association.

Norliha said since PGIT’s establishment, it has been actively involved in activities and organised several programmes with huge impact on its members.

The meeting proceeded with reports delivered by the president and treasury before concluding with the dissolution of executive committee members and announcement of members for 2022-2024. 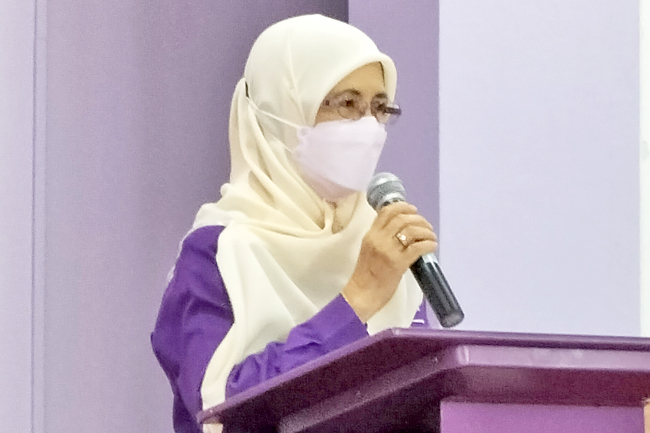