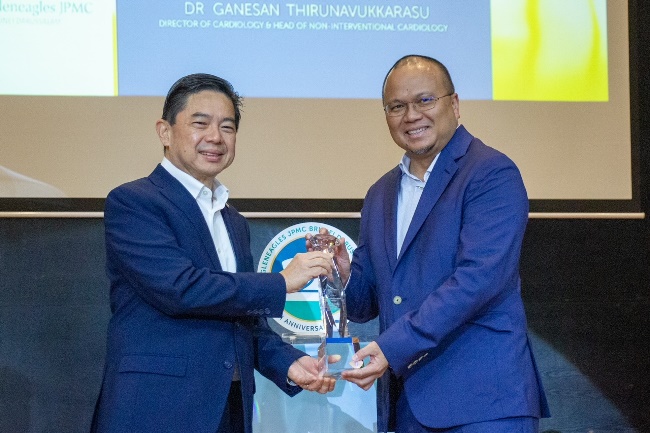 Minister at the Prime Minister’s Office and Minister of Finance and Economy II Dato Seri Setia Dr Awang Haji Mohd Amin Liew bin Abdullah said through continuous investment in people and technology, it is with pride to be able to recognise Gleneagles Jerudong Park Medical Centre (JPMC) as one of the established cardiac centres in the region, offering class-leading services as well as facilities comparable with other notable institutions.

He made these comments in his capacity as the Chairman of the Gleneagles JPMC Board of Directors and guest of honour during the medical centre’s 20th anniversary corporate dinner at the Serambi Suluh Hall, Tarindak D’Seni on Friday. He also noted Gleneagles JPMC’s achievement on the awarding of the JCI Gold Seal of accreditation in 2020.