A welcome tonic for the times

THE WASHINGTON POST – There’s a passage in Barbara Pym’s Jane and Prudence that always makes me smile. After Jane Cleveland’s husband is installed as vicar in a village church, Jane is introduced to a Miss Doggett, a robust woman who bosses around the meeker parishioners.

When Miss Doggett makes an obscure comment about a widower in the village, Jane suggests, “Men want only one thing?”

Jane recites out loud this list of the things men want. She’s a challenging person, because the churning thoughts most of us keep to ourselves she blurts out without thinking. Her daughter is impatient with her, her husband resigned, but she unnerves Miss Doggett.

Throughout the 1953 novel, the question of what men want keeps cropping up. Only Miss Doggett seems to think men’s minds run to intimacy, the implied “one thing.” However, when she says this, “She looked puzzled; it was as if she had heard that men only wanted one thing, but had forgotten for the moment what it was.” 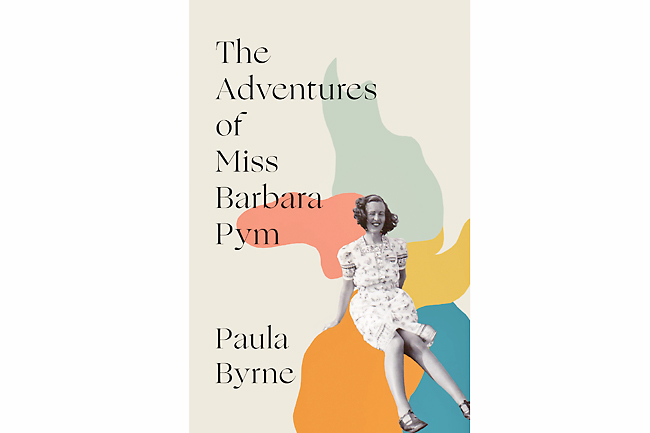 Jane and Prudence is a slight novel, not one of my own favourites in Pym’s oeuvre, but it contains all the elements that keep me revisiting her work. Pym (1913-1980) wrote small books that, like Austen’s works, were set in villages or in London neighbourhoods. Pym’s are not courtship stories, though, but tales of the lives of ordinary people doing ordinary things.

Pym, the subject of a new biography, The Adventures of Miss Barbara Pym by Paula Byrne, worked for an anthropological journal – and her characters often act like anthropologists, studying the customs of the tribe that they’re both part of and separate from.

They probe beneath the surface, often humorously, but with devastating insight into human foibles.

In Quartet in Autumn (1977), her most somber novel, she gives us a woman who – like Pym herself – has had a mastectomy. Marcia lives alone and has a painful crush on her surgeon, to the point of trailing him around London, hoping for a glimpse of him. She imagines his life, longs for his attention. Her story is painful and poignant.

At the other end of the behavioural spectrum is the housekeeper for a pair of clergymen in A Glass of Blessings (1958). This is a man named Wilf Bason, whose pomposity and stupidity evoke Mr Collins in Pride and Prejudice. Bason steals a Fabergé egg belonging to one of the clergymen he looks after and shows it off in the cereal aisle of a grocery store. He tosses it in the air as the narrator looks on in horror.

Pym was among a group of British women who wrote domestic novels in the mid-20th Century. However, when I read her work, I think less often of Elizabeth Taylor or Elizabeth Bowen. Rather, it is James Joyce and Ulysses that come to mind.

I read Ulysses for its 2022 centenary. At first glance, Joyce’s riff on language, history and myth has little in common with Pym’s middle-class men and women struggling with meagre salaries and housing, food and love shortages.

However, both writers are concerned with closed societies – villages, or the village-like neighbourhoods of London and Dublin, where you constantly encounter the same people, all poking into your private business and gossiping about it.

Both writers are preoccupied with religious practice and meaning.

What draws me to Pym, as to Joyce, aren’t these surface similarities, but their shared exposure of their characters’ private thoughts.

The real action for Pym, as for Joyce, takes place behind the eyelids. Leopold Bloom, in the middle of a funeral, thinks about his wife’s liaisons, his son’s death, the bloody kidney and the perfumed soap both squashed in packages in his pockets.

In A Glass of Blessings, at a meeting of a social welfare agency, a chance remark by the director makes Wilmet Forsyth picture a friend’s mother hunched over her chop bone, devouring it in the way she devours her daughter.

At dinner parties, Wilmet isn’t listening to the conversation because she’s picturing unseen details in other people’s lives.

Pym’s humour can veer to slapstick, as it does with Bason, but more often she peels back the skin of our foibles and makes us see ourselves in the world of social embarrassments, petty jealousies and the discomforting obsessions to which we all are prey.

At the same time, she’s telling us: This is how folks do. You may dwell in miserable embarrassment on an inappropriate comment you’ve made, but you are not alone.

What men want in Pym’s world is the same thing that women want: understanding, support, friendship, more than love and, always, a good meal.

As Piers Longridge tells Wilmet in A Glass of Blessings “Aren’t we all colleagues in this grim business of getting through life as best we can?”

Pym wrote most of her novels in the two decades after World War II. People were dealing with rationing, bombed buildings, nuclear weapons, small pensions or no pensions at all.

Today, in the fearsome world of a relentless pandemic, climate disaster and the undermining of democracy around the world, the humour and stoicism of Pym’s people are a welcome antidote.