NEW YORK (AP) – Scientists discovered the oldest known DNA and used it to reveal what life was like two million years ago in the northern tip of Greenland. Today, it’s a barren Arctic desert, but back then it was a lush landscape of trees and vegetation with an array of animals, even the now extinct mastodon.

“The study opens the door into a past that has basically been lost,” said lead author Kurt Kjær, a geologist and glacier expert at the University of Copenhagen.

With animal fossils hard to come by, the researchers extracted environmental DNA, also known as eDNA, from soil samples. This is the genetic material that organisms shed into their surroundings – for example, through hair, waste, spit or decomposing carcasses.

Studying really old DNA can be a challenge because the genetic material breaks down over time, leaving scientists with only tiny fragments.

But with the latest technology, researchers were able to get genetic information out of the small, damaged bits of DNA, explained senior author Eske Willerslev, a geneticist at the University of Cambridge. In their study, published recently in the journal Nature, they compared the DNA to that of different species, looking for matches.

The samples came from a sediment deposit called the Kap København formation in Peary Land.

Today, the area is a polar desert, Kjær said. 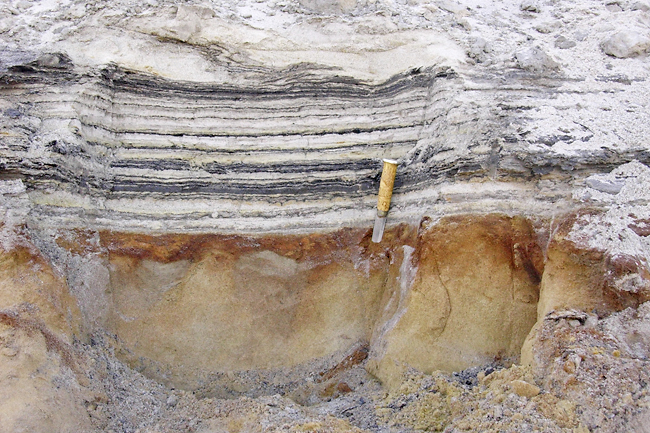 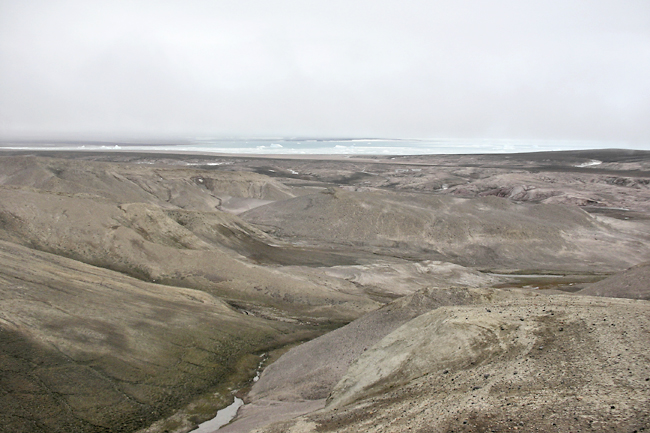 But millions of years ago, this region was undergoing a period of intense climate change that sent temperatures up, Willerslev said.

Sediment likely built up for tens of thousands of years at the site before the climate cooled and cemented the finds into permafrost.

The cold environment would help preserve the delicate bits of DNA – until scientists came along and drilled the samples out, beginning in 2006.

During the region’s warm period, when average temperatures were 11 to 19 degrees Celsius higher than today, the area was filled with an unusual array of plant and animal life, the researchers reported.

The DNA fragments suggest a mix of Arctic plants, like birch trees and willow shrubs, with ones that usually prefer warmer climates, like firs and cedars.

The DNA also showed traces of animals including geese, hares, reindeer and lemmings.

Previously, a dung beetle and some hare remains had been the only signs of animal life at the site, Willerslev said.

One big surprise was finding DNA from the mastodon, an extinct species that looks like a mix between an elephant and a mammoth, Kjær said.

Many mastodon fossils have previously been found from temperate forests in North America. That’s an ocean away from Greenland, and much farther south, Willerslev said.

“I wouldn’t have, in a million years, expected to find mastodons in northern Greenland,” said researcher in evolutionary genomics at Stockholm University Love Dalen, who was not involved in the study.

Because the sediment built up in the mouth of a fjord, researchers were also able to get clues about marine life from this time period.

The DNA suggests horseshoe crabs and green algae lived in the area -meaning the nearby waters were likely much warmer back then, Kjær said.

By pulling dozens of species out of just a few sediment samples, the study highlights some of eDNA’s advantages, said ancient DNA researcher at Germany’s Max Planck Institute for Evolutionary Anthropology Benjamin Vernot, who was not involved in the study.

“You really get a broader picture of the ecosystem at a particular time,” Vernot said.

“You don’t have to go and find this piece of wood to study this plant, and this bone to study
this mammoth.”

Based on the data available, it’s hard to say for sure whether these species truly lived side by side, or if the DNA was mixed together from different parts of the landscape, said eDNA expert at Germany’s University of Konstanz Laura Epp, who was not involved in the study.

But Epp said this kind of DNA research is valuable to show “hidden diversity” in ancient landscapes.

Willerslev believes that because these plants and animals survived during a time of dramatic climate change, their DNA could offer a “genetic roadmap” to help us adapt to current warming.

Stockholm University’s Dalen expects ancient DNA research to keep pushing deeper into the past. He worked on the study that previously held the “oldest DNA” record, from a mammoth tooth around a million years old. “I wouldn’t be surprised if you can go at least one or perhaps a few million years further back, assuming you can find the right samples,” Dalen said.