In an interview, Mohd Faiz said the story was folklore from Kampong Tanjong Nangka, where he came from. He said, “It is a story of three brothers, Adin, Ugang and Musa.

“One day, the father found a mysterious small plant burning in a fire. Believing the plant would bring luck, he brought it back and divided it among the three siblings.

“Adin, the eldest, took the root. Ugang took the plant stem and Musa took the leaf.

“A few years later, Musa became a tireless, hardworking man. Ugang became an individual with extraordinary strength. However, Adin‘s body became weak and he found it difficult to do work.” Mohd Faiz said after readers reach the end of the tale, he hoped they would learn that siblings must support each other no matter what circumstances they find themselves in.

Mohd Faiz was inspired to write the story after the launch of the Adin Bisa recreational trail at Kampong Tanjong Nangka. Adin Bisa was a nickname the villagers gave the eldest brother, he said. 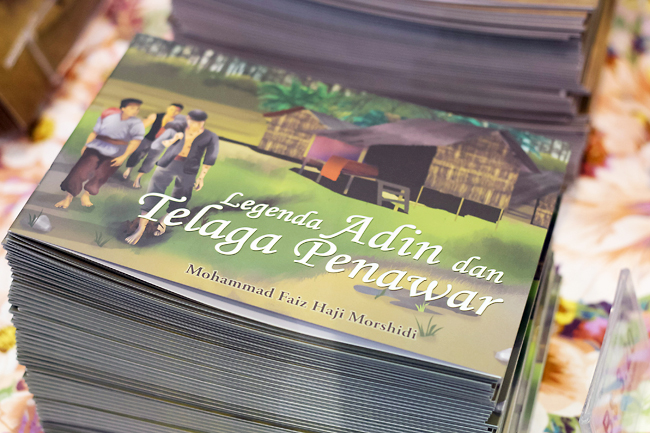 He said it was possible to find a well, or telaga that was dug up by Adin during the time he was hiding in the jungle from the villagers.

The competition held from June to November 2021, was open to the public.

Meanwhile, Deputy Principal of the Brunei History Centre Hanafi bin Haji Salleh said they selected 13 entries out of some 20 from 16 participants, based on content, style of language and illustrations.

He hoped this would encourage writers and artists to carry out research to produce works that can enrich local reading material on Brunei history.