Playing professional football in a top, recognised league represents a huge ambition for any aspiring footballer, and for Bruneian player Faiq Jefri Bolkiah, that dream has been accomplished.

The national winger made history after becoming the first ever player from his country to play in a top tier league for an overseas-based club when he signed for Hilux Revo Thai League 1 side Chonburi FC during the transfer window in December 2021.

A former Chelsea and Leicester City youth prospect, Faiq first made headlines when he starred for Arsenal FC in the 2013 Lion City Cup in Singapore.

Faiq grabbed attention in the regional football arena when he scored the opening goal in the 2-1 win against Singapore under-16 side at the Singapore National Stadium.

His exploits would earn him a place as one of the top 20 rising stars by renowned publication Goal. The young star also played for the Chelsea reserve teams before signing his first professional contract for Leicester City in March 2016.

However, he was unable to gain playing opportunities for the first team and only made a handful of appearances in the UEFA Youth League. 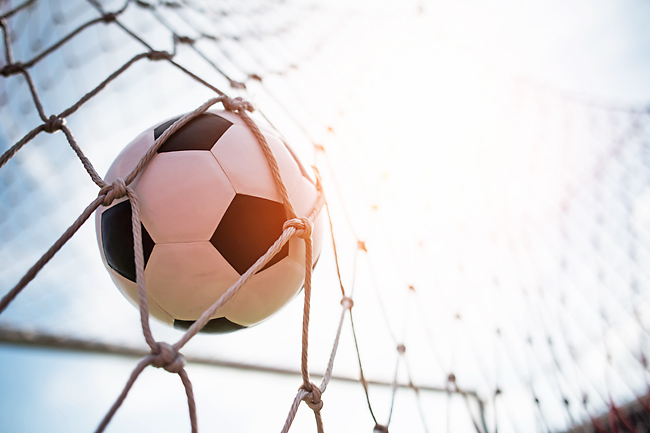 After being released by Leicester, Faiq’s move to Portuguese top flight club CS Maritimo drew huge promise of seeing the country’s own being represented in a European league.

Faiq was also unable to cement a place in the first team in the Primeira Liga, though he was on the team as an unused substitute against Sporting CP.

He then made the switch to Asian football and joined Chonburi FC, which plays at the top division of Thai football.

After several seasons in search of first-team football, Faiq finally got a taste when he made his league debut as a substitute in the 1-1 draw against Muangthong United on January 9 this year.

Faiq said, “The last two years, I don’t think I had much of an opportunity to show what I can do on the pitch at the last place I was at.”

“So, I had to be really careful in choosing my next destination so that I can get a chance to show what I can do. After speaking to the coach, it was one of the main reasons why I came here,” he added.

“I felt that this is the right place to come to progress at this stage of my career.”

In the next game against Nongbua Pitchaya FC, Faiq registered his first assist for the Sharks when his exquisite cross was met by striker Yoo Byung-soo, having dribbled past his marker Sathaporn Daengsee.

His fine form was rewarded with a place in the starting line-up in the following match against Khon Kaen United.

The Bruneian, who has also previously served as captain of the national team, vindicated his coach’s selection after registering his second assist for the club.

Faiq enjoyed his increased playing opportunities and continued his progress with a third assist for the club in a 1-1 draw against Chiangmai United. He was named man of the match and nearly scored his first goal, but his effort was stopped by goalkeeper Nont Muangnam.

Faiq continued to terrorise the Thai defence with his dribbling and again came close to his first professional goal when he struck the post in the 2-1 win against Prachuap FC in April.

In late April, Faiq recorded his fourth assist for the club in 12 league appearances with the Korean striker Yoo Byung-soo yet again benefitting from his contribution.

Faiq ended his first season in professional football with nine league starts in 14 appearances, setting a standard for any aspiring football player from Brunei Darussalam.