The latest instalment of the Singapore Premier League season later this year will see the long-awaited return of DPMM FC, following a three-year absence due to the COVID-19 pandemic.

The local footballing community has long been starved of competitive football since DPMM FC withdrew from the league in early 2020, and subsequently the immediate postponement of the league.

The country’s biggest hope began their title defence with a 2-0 win over Tampines Rovers FC on home soil at the Hassanal Bolkiah National Stadium on March 6.

The season prior, DPMM FC won the title for the second time in their history under the guidance of Adrian Pennock with the involvement of foreign trio Charlie Clough, Andrei Varankou and Blake Ricciuto providing ammunition to the team.

It had also seen the emergence of young talent Hakeme Yazid bin Said, who wrote his name in the record books as the second youngest scorer in the league only behind Hariss Harun when he netted in the 3-1 win against Geylang International FC.

Uncertainty started to unfold when the team was hit with a number of postponements in away games as the threat of COVID-19 began to escalate not just in the region but also globally. 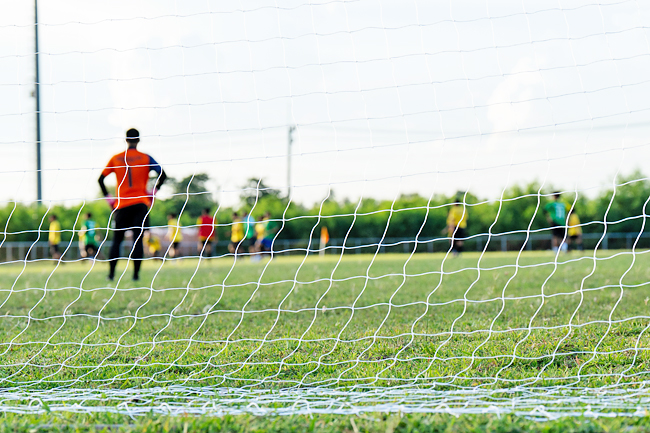 Cases started to rise across multiple countries putting sporting meets at risk and prompting the league organisers to hold matches behind closed doors before it was stopped altogether.

The closure of borders and measures implemented to curb the spread of the pandemic resulted in the absence of sports including competitions contested on a large scale.

The Singapore Premier League resumed in October 2020 after seven months with the country gradually easing restrictions including the resumption of sports competitions.

DPMM FC had been originally scheduled to face Lion City Sailors at the Bishan Stadium in October 28, 2020 and Hougang United the previous weekend.

With their fixtures piling up due to a series of postponements, the Brunei-based outfit had no choice but to sit out the remainder of the season.

DPMM FC General Manager Ali bin Haji Momin said at the time, “We were looking to defend our title this season. However, despite our best efforts, the travel rules meant that it is not possible for us to do so.”

As concerns of the pandemic persisted into the new year, there were no changes to Brunei’s travel situation as borders remained shut.

In February 2021, the Football Association of Singapore (FAS) released a statement that DPMM FC would not be participating in the Singapore Premier League that season due to travel restrictions impacted by the coronavirus pandemic.

FAS said, “Both parties made significant efforts to explore mutually satisfactory arrangements for DPMM FC’s participation in the league, but it is unfortunate that these did not work out.”

With their future in Singapore football put on hold, DPMM FC re-joined the Brunei Super League (BSL) in June 2021, marking their return to domestic football since the 2004 season when they migrated to the Malaysia Premier League.

The Jerudong-based outfit unsurprisingly dominated the competition before the league was called off again due to the second wave of infections and subsequent lockdowns two months later.

As Brunei moved towards an endemic phase, DPMM FC were one of the teams involved in the Brunei FA Cup in August last year, where they eventually triumphed after a 2-1 win over Kasuka FC.

The re-opening of borders created a pathway for DPMM FC to return to the Singapore league, prompting the Asian Football Confederation (AFC) to give its consent for their participation after approving the decisions of the AFC Club Licensing Task Force.

Earlier this month, the club confirmed their return to the Singapore Premier League for the 2023 season during the start of their pre-season training under the guidance of the returning Adrian Pennock.

The two-time Singapore league champions held trials for 11 foreign players as they began their search for new imports, before expanding their search for young local talent to fill in the quota for under-21 players.

The new Singapore Premier League season will be held from this September to April next year.