KYTHIRA, GREECE (AP) – Many had embarked on the stomach-churning sea journey before; many will follow.

Survivors of one of the latest fatal shipwrecks involving Europe-bound migrants said the omens were bad even as the sailboat they travelled on slipped off from Turkey last Monday under cover of night, ultimately bound for Italy.

Strong winds swept the Aegean Sea, and the pleasure yacht turned human freighter was criminally overloaded – with about 95 migrants so tightly crammed below deck that there was only space to stand.

“From the first minute … we thought that maybe we will face some problems,” a survivor of the wreck off Greece’s Kythira island Ahmad Shoaib Noorzaei said.

Instead, the native of Afghanistan said, there were about 95 on board, including 10 or 11 families. 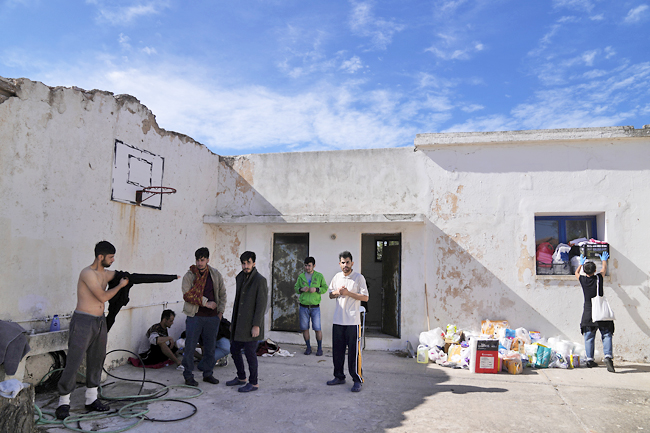 By last Wednesday, the third night at sea, the captain lost his bearings, according to survivors, and the wind was gusting at up to 100 kilometres per hour.

Instead of safely rounding Kythira, with a clear passage to Italy ahead after the Aegean island obstacle course, the vessel was swept into a rocky inlet surrounded by
forbidding cliffs.

It struck and disintegrated – just a few hundred metres from the gentle beach of Diakofti, on the island’s eastern coast.

“The waves was too much high, about six metres,” another survivor from Afghanistan Abdul Ghafar Amur said.

“We tried to save our lives, but most of our friends, they died.”

The survivors managed to cling to the rocks. Nearby villagers who poured out to help eventually pulled them to safety with ropes.

At first light, at least four bodies were seen bobbing under the cliffs among the flotsam from the shipwreck. By Thursday, there were 80 survivors, from Afghanistan, Iraq and Iran, including 17 boys and a girl.

Speaking to The Associated Press from a schoolhouse where the survivors – many bearing bruises and scratches from getting battered on the rocks – were temporarily housed, clothed and fed, Amur said the Greek coast guard arrived “three or two hours too late”.

“During these three or two hours, most of the women died. Young guys and old men, we couldn’t do anything for them. We saw just how they died,” he said.

Amur said he paid smugglers USD9,000 to be shipped from Turkey to Italy, a sum which matched accounts by other survivors. The fate of the yacht’s captain was unknown, though some of the survivors said he was lost in the wreck.

Gangs smuggling asylum-seekers to Europe from Turkey favour the long haul south of Kythira, because it avoids the strongly patrolled eastern Aegean Sea islands that used to be the main sea route for people fleeing conflict and poverty to reach Greece.

Nevertheless, that route is still in use. Also late Wednesday, hundreds of miles away from Kythera, 18 migrants drowned when their small boat sunk off the eastern Aegean island of Lesbos.