A game of human ping pong

AFP – At least 2,000 Rohingya refugees are believed to have fled camps in Bangladesh on overcrowded boats in recent months seeking sanctuary elsewhere in Southeast Asia, with hundreds feared to have died at sea.

The Rohingya originally fled persecution in Buddhist-majority Myanmar in 2017, with around a million now estimated to be living in refugee camps in neighbouring Bangladesh.

Human traffickers are believed to have organised at least half a dozen vessels in recent months from Myanmar or Bangladesh, with all 180 people aboard one of them believed to have died while spending weeks at sea trying to reach a safe third country.

Here’s what we know about the Rohingya’s plight, why they embark on such perilous journeys and how governments are responding.

As well as four boats that have arrived in Indonesia, another was found near the Thai coast on December 8 carrying more than 150 Rohingya. Another carrying 104 Rohingya was reportedly rescued by the Sri Lankan navy this month.

The United Nations refugee agency (UNHCR) estimates nearly 200 Rohingya have died or remain missing after attempting hazardous sea crossings this year. But that number could rise closer to 400 after relatives of around 180 Rohingya refugees that were on another vessel drifting at sea for weeks lost contact, the agency said.

The agency could not confirm their deaths but spokesman Babar Baloch said, if true, it would make this year the deadliest since 2013 and 2014 when more than 900 and 700 were reported dead or missing respectively. In 2020, around 200 Rohingya died at sea while 30 are believed to have died in 2021 at the height of the Covid-19 pandemic, he said. 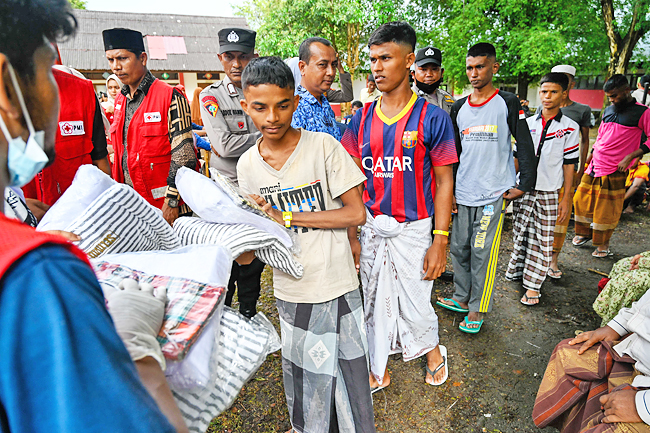 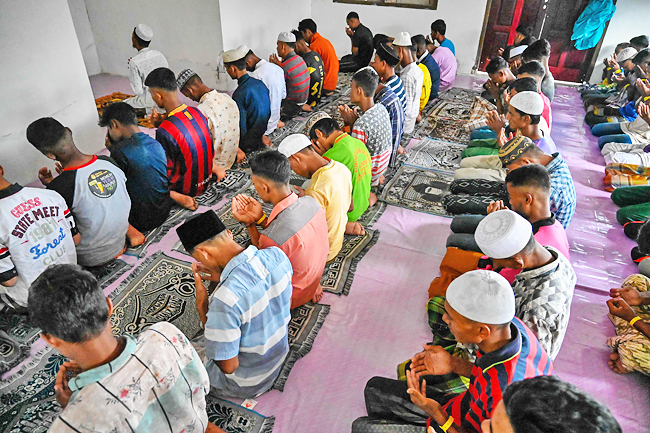 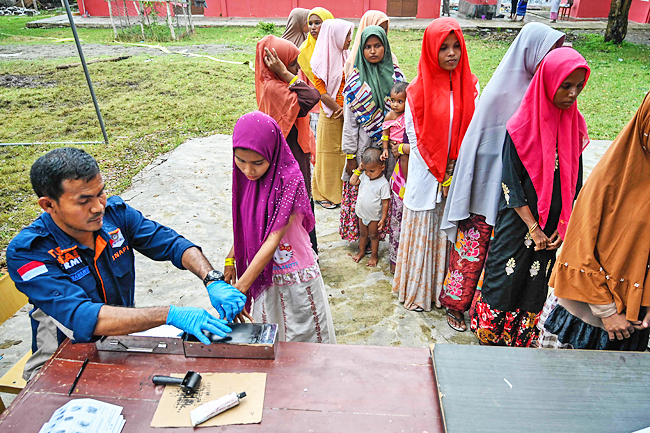 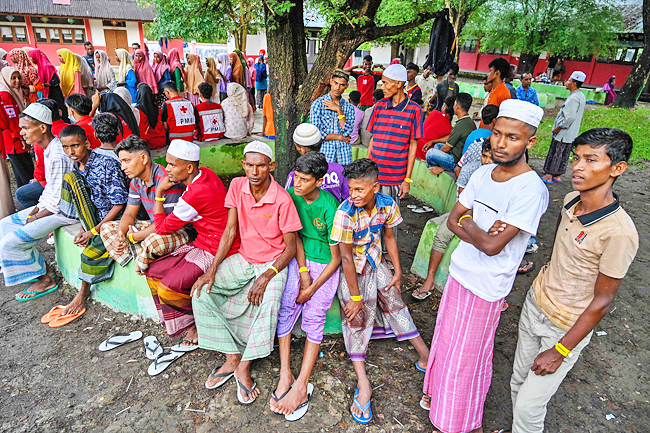 In some cases countries refuse the boats permission to dock, resulting in what the UN has called a game of “human ping-pong” that leaves many at sea for long periods.

This has led to reports of starvation and some throwing themselves overboard. The vessels in some cases are unprepared for weeks-long stretches at sea.

More than 2,000 Rohingya are believed to have attempted the journey so far this year at levels similar to 2020, according to the UN.

The perilous sea voyages are often run by human traffickers who prey on vulnerable refugees, promise sanctuary abroad and do not sufficiently stock boats for the extremely arduous journeys.

“She was inundated with threats of physical abuse inside the camp, therefore she took her chance to improve her life,” 26-year-old Haque told AFP.

Most of the Rohingya are taking these journeys from squalid camps in Bangladesh, to where around 750,000 fled in 2017 after a brutal crackdown on the Muslim minority group by a Myanmar government that has been accused of genocide.

Refugees have recounted widespread stories of rape, murder and arson by security forces as they were driven from their homes.

In Bangladesh, experts said the Rohingya are facing increasing restrictions, few employment opportunities and threats of violence and abuse in the camps.

They also have little hope of returning home so have been pushed to find refuge in third countries such as Muslim-majority Malaysia, where a population of more than 100,000 has already settled, or neighbouring Indonesia.

“There’s nothing to expect anymore in Bangladesh. There is this hope to have a slightly better life,” said Lewa.

Indonesia does not push back Rohingya boats. Lewa said Indonesia also gives them assistance upon arrival.

However, Jakarta does not usually help the Rohingya to disembark, waiting for fishermen to pluck them from the sea or the wind to blow boats into its coast.

The United Nations has demanded more action from other countries that could rescue and take in the Rohingya stranded at sea.

“We repeat our warning that inaction from states to save lives is resulting in more human misery and tragedies each passing day,” Baloch told AFP.

Critics accuse ASEAN of being toothless on member state Myanmar and its junta rulers, as well as failing to do more in search and rescue efforts. Indonesia has the ASEAN leadership for the coming year, leading to hope among Rohingya activists for greater action.

Some Rohingya have tried to reach Malaysia by travelling overland through Myanmar and Thailand but hundreds have been arrested, according to Lewa. “As long as there is nothing changing we will see migration,” said Lewa. “The movement is not going to stop.”