A (dubious) suicide, a (possible) mole and an enduring CIA mystery

THE WASHINGTON POST – On September 25, 1978, an unmanned sailboat ran aground on the shore of the Chesapeake Bay. The cabin was in disarray, and papers marked “Top Secret” were found, along with a phone directory filled with 351-prefix numbers, a classified CIA exchange.

As veteran investigative reporter Howard Blum tells it in his intriguing new book, The Spy Who Knew Too Much: An Ex-CIA Officer’s Quest Through a Legacy of Betrayal, things then moved quickly. The boat’s owner turned out to be John Arthur Paisley, later described by the agency as a “low-level analyst.”

A week later a corpse was discovered floating in the bay, identified by the chief medical examiner as Paisley. Cause of death: suicide. Never mind that the examiner’s office did not receive the corpse until the day after his report. Never mind that the autopsy listed a five-foot-seven, 144-pound male, while Paisley’s Merchant Marine records had him as five-foot-11 and 170 pounds.

A few days later, the body was cremated, before Paisley’s wife viewed it. And that was that.

Or it would have been if an enterprising reporter from Wilmington hadn’t followed up and broken the story, with all its inconsistencies, which in turn was picked up – and picked apart – by the national press.

Official explanations went from evasive to far-fetched. The corpse had been wrapped in diving belts weighing 38 pounds. 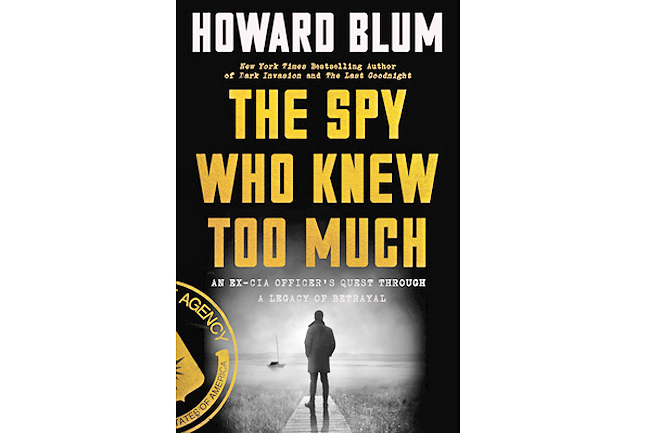 The Maryland State Police theorised that Paisley had wrapped himself in the belts, then leaped from the side of the boat, reaching across his chest while in midair and shooting himself.

Not surprisingly, the story refused to go away. Had Paisley been murdered, or had he taken his own life, or had he simply gone to ground somewhere (and why)?

The Senate Intelligence Committee conducted an inquiry and in 1980 said it had found “no information which would detract from [Paisley’s] record of outstanding performance in faithful service to his country”, then promptly classified the full report.

The committee’s counsel, who had directed the investigation, said: “Chances are we will never understand the outcome of the case. It is a mystery.” And that was (and officially is) that.

Or it would have been if Pete Bagley, one of Paisley’s old CIA colleagues, hadn’t found in this mystery a possible puzzle piece to a larger mystery he was trying to solve.

Retired in Brussels, where he had been station chief, and operating without official sanction, he went on a paper chase to find not only the truth about Paisley but how it might fit into his deepest fear: that the agency had been penetrated by a high-level mole.

Too many things had gone wrong over the years. Just a year before Paisley’s disappearance, an operation in Moscow was blown in what Bagley considered highly suspicious circumstances, another jigsaw piece perhaps.

The Spy Who Knew Too Much is the story of that chase, going all the way back to the beginning, the 1962 defection by Yuri Nosenko, who Bagley became convinced was a KGB plant and in whose exhaustive debriefing (all two years of it) Bagley hoped to find the Rosetta stone, the clue that would explain everything. He didn’t, and the attempt damaged his career.

Bagley was one of the agency’s postwar gentleman spies (his uncle, Fleet Adm Bill Leahy, one of the founding fathers of the Central Intelligence Group, the CIA’s predecessor, made the recommendation call to his friend Rear Adm. Roscoe Hillenkoetter, then CIA director, and Pete was approved) and had been a protege of James Angleton, whose own reputation for tenacious suspicion, if not paranoia, became legendary.

The relentlessness of their pursuit of Nosenko drove a wedge through the agency – those who believed in the Master Plot (Nosenko as plant) and those who took to calling it the Monster Plot. Bagley is the hero of Blum’s book, but he may not be everyone’s hero – Nosenko’s brutal debriefing, for instance, can make for queasy reading.

But his Ahab-like quest is certainly the driving force here. No need for car chases; there is enough suspense in poring over transcripts, finding a discrepancy of dates, the inevitable slip that will trap the enemy.

If he is the enemy. I wouldn’t presume to spoil Blum’s carefully woven narrative by revealing what Bagley finds – except to say it’s all plausible and persuasive, though the CIA probably wouldn’t agree. Conclusive proof may not be possible anymore. Much is made, rightly, of Bagley’s meetings with former KGB officers after the Berlin Wall came down in ‘89, long evenings with old war stories and reminiscences, some of them useful and confirming.

And, after all, the KGB should know. But they’re the KGB, and before you know it, you find yourself – in Angleton’s phrase, borrowed from TS Eliot – “in a wilderness of mirrors.”

Still, the real pleasure of this book is not the solution but the puzzle. By going back and forth in time, Blum cleverly makes his pieces part of agency folklore, terrific stories in their own right. This is the Cold War at high noon, missiles loaded, when spies were the front-line troops. If you have even a passing interest in the period, the book will be catnip.

It’s all here: the dead drops, the surveillance, the honey traps, the disillusioned Joes and the office politics. The period details are so atmospheric and rich that it would be no surprise to see Kim Philby make a guest appearance.

There is even a recruitment scene in a steam bath in Bogotá (what novelist would dare?).

It would be easy to get lost in all this, but Blum lays out his pieces clearly, and entertainingly. He has important background matters on his mind – the self-protective culture of the agency, for instance – but, like Bagley, he never loses sight of the main story.

Let’s go back to the transcript. Who was Paisley? Start there.