There were 68 passengers and four crew members on board the plane that crashed between the old and new airports in the city, located in western Nepal. The twin-engine ATR 72 aircraft operated by Yeti Airlines was en route from Nepal’s capital Kathmandu.

“10 foreign nationals, including two infants were on board,” spokesperson of Yeti Airlines Sudarshan Bartaula said. 53 Nepali, five Indian, four Russian, one Irish, two Koreans, one Argentinian, and a French national were on board, news agency ANI reported, quoting the airport authority.

According to the Civil Aviation Authority of Nepal (CAAN), the aircraft took off from Kathmandu’s Tribhuvan International Airport at 10.33am.

The plane was close to landing at the Pokhara airport when it crashed into a river gorge on the bank of the Seti River. The crash happened around 20 minutes after the take-off, suggesting the aircraft might have been on the descent. The flight time between the two cities is 25 minutes.

The plane caught fire as it crashed, and rescue workers were trying to put it out, a local official was quoted as saying.

“The loss of lives in a tragic plane crash in Nepal is extremely unfortunate. My thoughts and prayers are with the families of the bereaved. Om Shanti,” he tweeted.

Nepal’s airline business has been plagued with concerns about safety, and inadequate training of staff. The European Union has since 2013 put Nepal on the flight safety blacklist, ordering a blanket ban on all flights from the Himalayan country into its airspace, after the International Civil Aviation Organization (ICAO) flagged safety concerns.

Hundreds of people have earlier died in horrific plane crashes in Nepal, the news agency AFP has reported.

In May 2022, all 22 people on board a plane operated by Nepali carrier Tara Air – 16 Nepalis, four Indians, and two Germans – died when it crashed.

That accident was Nepal’s deadliest since 1992 when all 167 people aboard a Pakistan International Airlines plane died when it crashed on approach to Kathmandu. 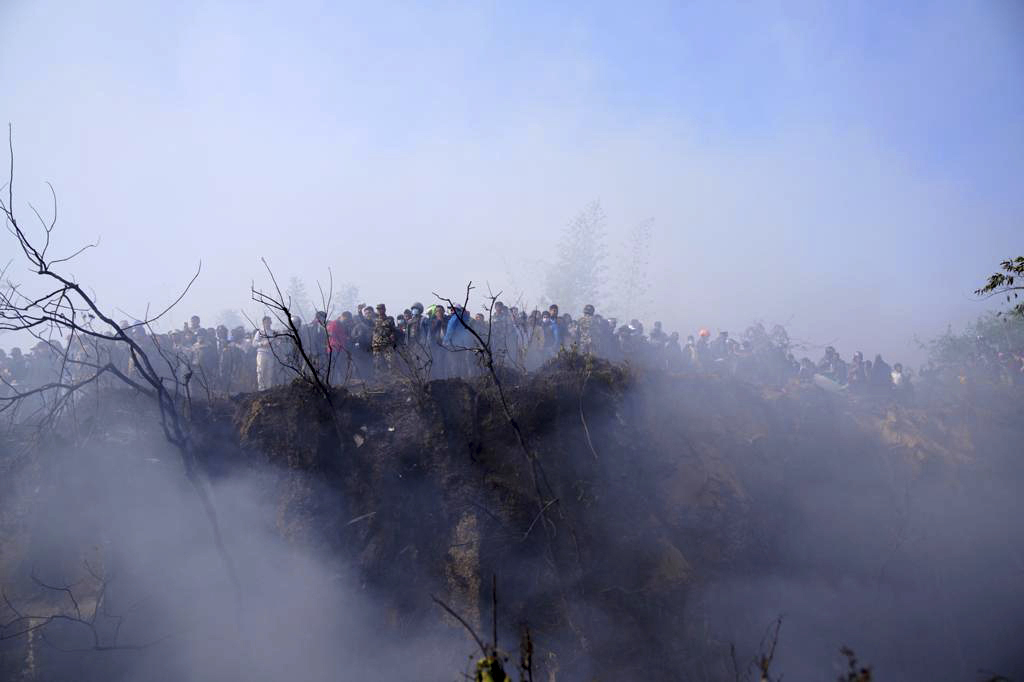