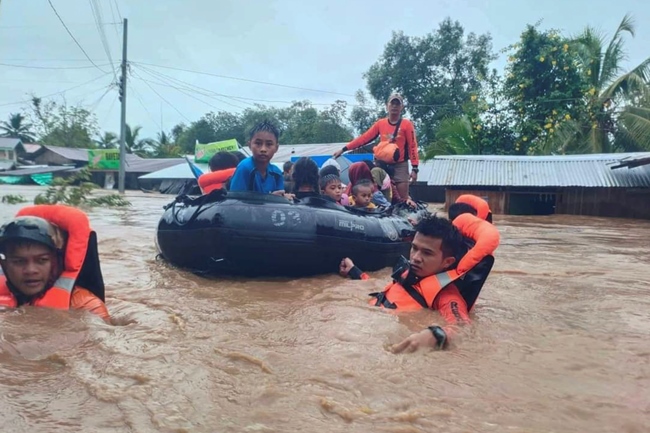 Many residents were caught by surprise by the rapidly rising floodwaters, the spokesman and civil defence chief for the regional government Naguib Sinarimbo told AFP.

“The water started entering the houses before dawn,” Sinarimbo said, confirming that the death toll in the storm-hit areas had risen to 31 from the earlier tally of 13. Rescuers retrieved 16 bodies from Datu Odin Sinsuat, 10 from Datu Blah Sinsuat and five from Upi town, he told reporters.