WELLINGTON (AFP) – About 250 pilot whales have died after beaching on New Zealand’s remote Chatham Island where the shark risk makes attempts to refloat them too dangerous, the government said yesterday.

The pilot whales, members of the dolphin family, were reported to have been stranded on Friday on the northwest of the island, New Zealand’s Department of Conservation said.

“We do not actively refloat whales on the Chatham Islands due to the risk of shark attack to both humans and the whales themselves,” it said in a statement.

A trained team euthanised surviving whales to prevent further suffering, the department said. Indigenous peoples of New Zealand and Chatham Island were present to give support, it added.

“All the stranded pilot whales are now deceased and their bodies will be left to decompose naturally on site,” the Conservation Department said.

Such strandings are “not uncommon” in the Chatham Islands, off the eastern coast of New Zealand’s South Island, it said, noting that the largest recorded event involved an estimated 1,000 whales in 1918.

Just over two weeks ago, almost 200 whales perished on a beach in Australia’s remote western Tasmania. State wildlife services managed to refloat 44 of the mammals.

Scientists still do not fully understand why mass strandings occur.

Some have suggested pods go off track after feeding too close to shore.

Pilot whales – which can grow to more than six metres long – are also highly sociable, so they may follow pod-mates who stray into danger.

In New Zealand, around 300 animals beach themselves annually, according to official figures, and it is not unusual for groups of between 20 and 50 pilot whales to run aground.

But numbers can run into the hundreds when a “super pod” is involved. 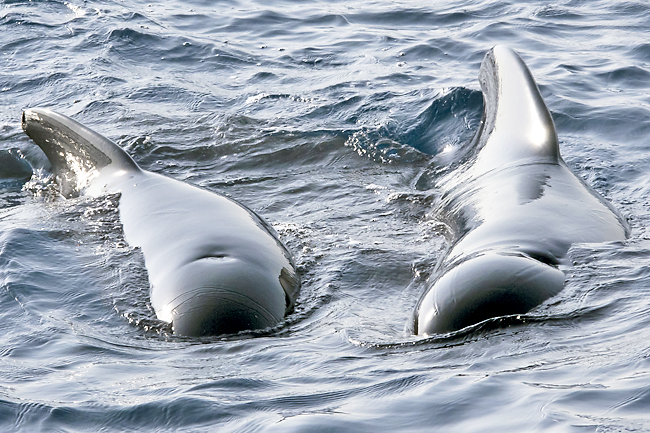