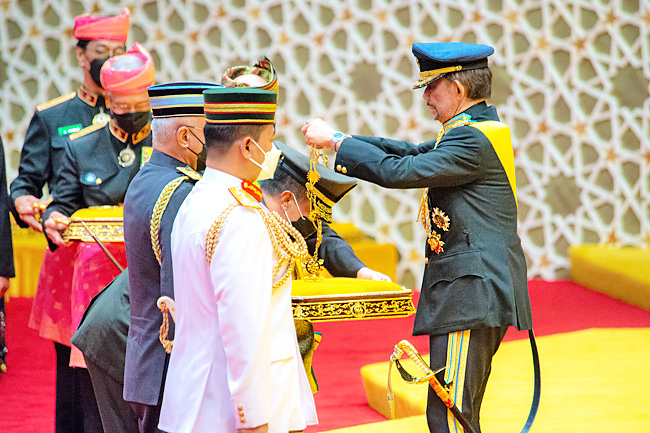 Yesterday’s ceremony began with a titah by His Majesty, followed by the presentation of state decorations.