2021 Wimbledon runner-up Berrettini out with COVID-19

WIMBLEDON, ENGLAND (AP) – Matteo Berrettini (AP; pic below), last year’s runner-up at Wimbledon, dropped out of the grass-court Grand Slam tournament hours before he was scheduled to play his first-round match on Tuesday, after testing positive for COVID-19.

The eighth-seeded Berrettini became the second high-profile player to pull out of the men’s draw within the first two days because of the illness caused by the coronavirus, joining 2014 US Open champion and 2017 Wimbledon finalist Marin Cilic, who was seeded 14th.

Players are not required by the tournament to get checked for COVID-19 this year; both Berrettini and Cilic said they got tested because they wanted to after having symptoms.

An All England Club spokesperson did not respond to questions about what the level of concern is about COVID-19 at the event or whether additional measures were being taken to prevent spread of the virus, but did say in an email that organisers have been working with the British public health agency and local authorities.

After being cancelled in 2020 because of the pandemic, then setting up a bubble-type environment and restricting attendance in 2021 to try to prevent the spread of COVID-19, Wimbledon has returned to normal in every way, with no mask-wearing requirement, full crowds and the famous Queue back in action. 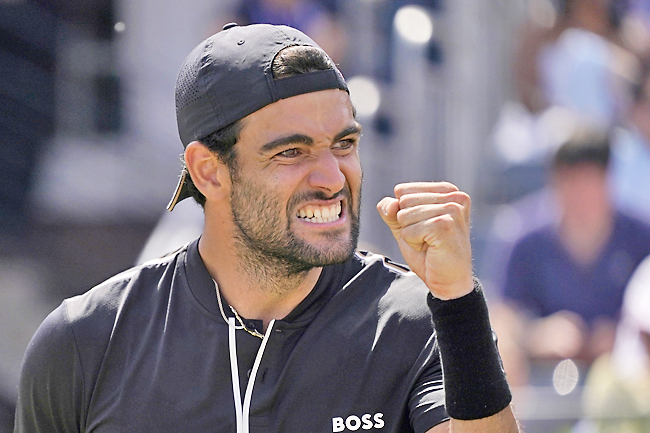 “For the most part, I feel like it’s okay that players are doing it themselves. I mean, I feel like that’s the regulations in the government now: If you feel symptoms, test. That’s what I would do if I felt any COVID symptoms; I would test,” said 18-year-old American Coco Gauff, the runner-up at the French Open this month.

The All England Club announced Berrettini’s withdrawal, and he posted about it on Instagram, saying that he was “heartbroken” and has been isolating “the last few days” after experiencing flu-like symptoms. Berrettini was supposed to play 44th-ranked Cristian Garín in the first round on Tuesday. Berrettini was replaced in the field by Elias Ymer, who lost in qualifying and then lost to Garín.

Berrettini was considered a title contender for Wimbledon, both because of last year’s run to his first Grand Slam final at the All England Club before losing to Djokovic – and because of his recent form on grass.