Puig became the first athlete to win gold for Puerto Rico in any sport at an Olympics with her triumph in 2016. She also was the first woman representing her country to earn an Olympic medal of any colour.

“After a tough three year fight with injuries and four surgeries, my body had enough,” Puig wrote on Monday. “This decision isn’t an easy one because I would’ve loved to retire on my own terms, but sometimes life has other plans and we have to open new doors that lead to exciting possibilities.”

Puig said she will work for ESPN and will be “exploring consulting roles for young, up and coming tennis players, as well as with programmes and academies”.

She leaves the tennis tour with a career record of 303-215, one WTA singles title in addition to her Summer Games victory, a career-best ranking of number 27.

Puig stopped playing in the first set of what would be her final tournament match last month in France against Fiona Ferro. She played in one other official match this season, at the Madrid Open, losing to Australian Open runner-up Danielle Collins.

“Over the past 28 years of my life, tennis has been my constant. It has given me some of the most thrilling and memorable experiences I could have ever asked for,” Puig wrote on Monday. “But, sometimes, good things come to an end.” 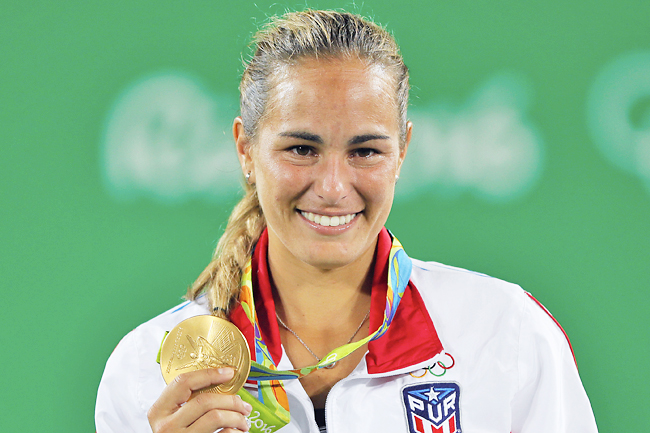