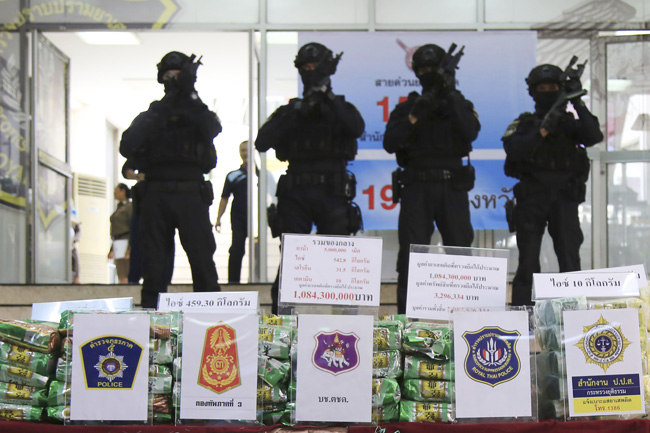 BANGKOK (AP) – The number of methamphetamine tablets seized in East and Southeast Asia exceeded a billion last year for the first time, highlighting the scale of illegal drug production and trafficking in the region and the challenges of fighting it, the United Nations (UN) said yesterday.

The 1.008 billion tablets – which would weigh about 91 tonnes altogether – were part of a regionwide haul of almost 172 tonnes of methamphetamine in all forms, and was seven times higher than the amount seized 10 years earlier, the UN Office on Drugs and Crime said in a report.