Despite serving time in jail and caned for an offence under the Misuse of Drugs Act (MDA) Chapter 27 and released in 2020, it did not hinder the main suspect, who was caught in a drug operation, returned to engage in a similar illegal activity.

The suspect, a 49-year-old local man was apprehended by the raiding party of law enforcers from the Narcotics Control Bureau (NCB) in Kampong Mumong, Kuala Belait.

The suspect will be prosecuted under Section 3A Chapter 27 of the MDA, an offence for possessing controlled drugs weighing more than 100 grammes (g) for the intention of selling and is liable to death penalty by hanging.

Sixteen other individuals – 10 male and six female – were also rounded up by the NCB on December 19 and December 22.

NCB reminded the public that the bureau will not hesitate to take action on syndicates or individuals engaging in illegal activities in a bid to protect the well-being and peace of the country. 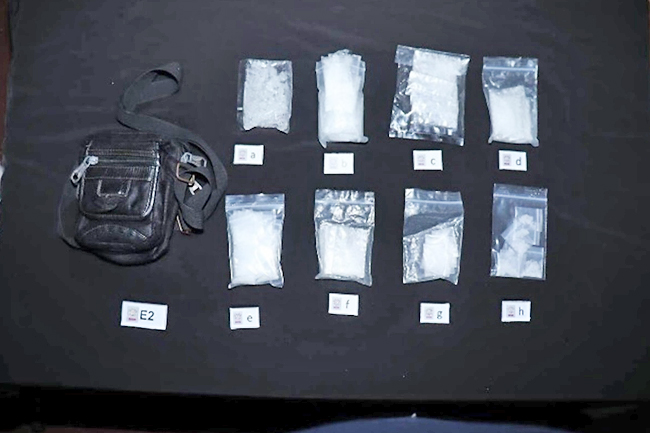