WASHINGTON (AFP) – Freedom was short-lived for Nova, a clouded leopard who escaped her enclosure at the Dallas zoo… only to be discovered hours later last Friday near her usual habitat.

Although she did not venture far, her escapade resulted in the zoo’s closure as police officers carried out a search, including using drones equipped with infrared capability to scour the treetops.

The zoo said on Twitter it was “thrilled to report” it had located Nova “on-grounds at the Zoo this afternoon”.

“She was located very near the original habitat, and teams were able to safely secure her just before 5.15pm,” it said.

Staff discovered Nova was missing Friday morning when they checked the enclosure that the four-year-old cat shares with her sister, Luna, and found a tear in the mesh.

A vice president for animal care at the Texas zoo Harrison Edell stressed at the time that clouded leopards do not generally “pose a danger to humans”.

“If you happen to see a cat that is bigger than a housecat, smaller than a bobcat, we’d love a heads-up,” he said.

Nova weighs between 20 and 25 pounds (nine and 11 kilogrammes), Edell said.

Clouded leopards are native to the Himalayas and parts of Southeast Asia and China. 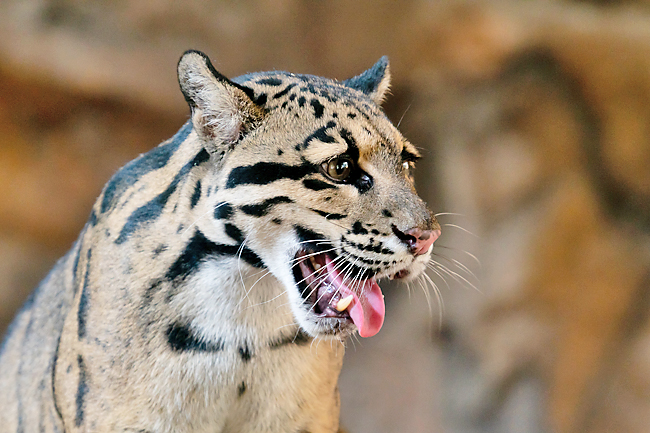