I was recently sent a selection from Arthur Schopenhauer’s later writings, On the Suffering of the World, edited by Eugene Thacker, a professor at the New School in Manhattan.

On the surface, that title doesn’t sound precisely comforting, but I hoped the book might provide needed perspective on our anguished, heartbreaking times. Besides, years ago, I had enjoyed some of Schopenhauer’s literary essays – On Authorship, On Style– and been particularly taken with his lively, aphoristic prose and his advocacy of clarity, simplicity and brevity when we write. He’d even warned against too much bookishness, acidly likening reading to thinking with someone else’s head instead of one’s own. Alas, having completely ignored that advice since the age of five, I sometimes wonder if I’ve ever had an original thought in my life.

On the Suffering of the World, I soon discovered, views the nature of things more from a cosmic standpoint than a stoic one. Though written in the style of the hipster academic, Thacker’s introductory essay insightfully sketches the biographical and intellectual context of Schopenhauer’s distinctly zestful reflections on the vanity of life, the fear of death and humankind’s place in the universe. 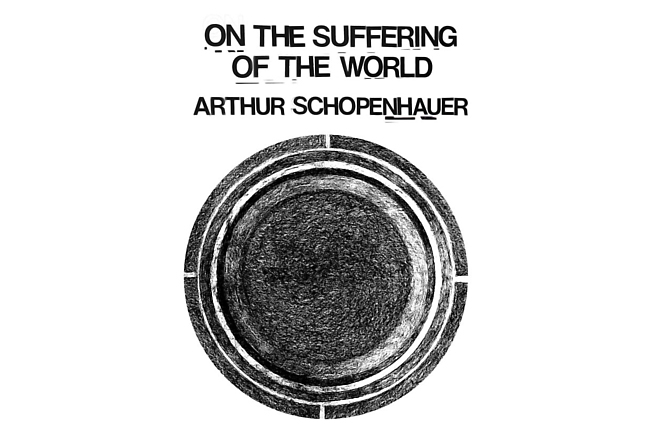 Life, according to Schopenhauer, consists of ceaseless motion and restlessness, caused by what he calls the Will-to-Live, a fundamental drive that originates in the body.

Because we are dominated by this primal, instinctual egoism, it is desire, not reason, that ruthlessly controls our actions.

In such a world of chance and contingency, earthly happiness is impossible, existing only in the future, which is uncertain, or in the past, which is irrecoverable. The present is always “inadequate”.

As presented in On the Suffering of the World, Schopenhauer’s cheerless metaphysics often comes across as convincing in the abstract.

Still, even if Schopenhauer is essentially right about the human condition, shouldn’t we try to live as if he weren’t?