Can European countries do likewise?

In Auckland, two million New Zealanders have been confined to their homes since Monday because of three confirmed COVID-19 cases.

Across Europe, tens of thousands of cases are confirmed every day, yet very few cities are in lockdown.

As vaccine schemes stutter across the continent, more and more experts are pleading for states to follow the example of New Zealand and others and move to stamp out the virus.

“There’s a three-fold advantage for countries who have adopted” the Zero COVID approach, said epidemiologist from the University of Geneva Antoine Flahault. 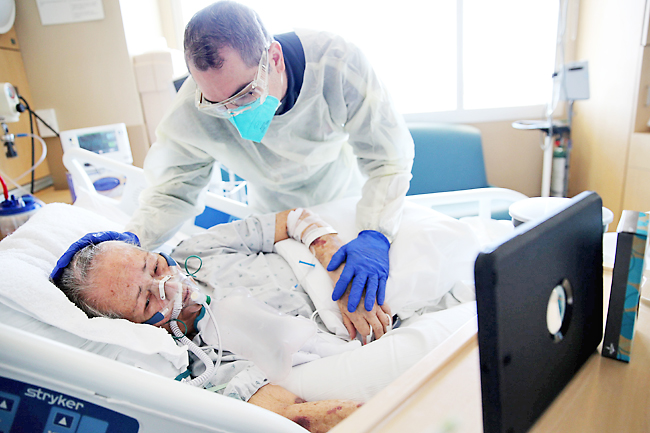 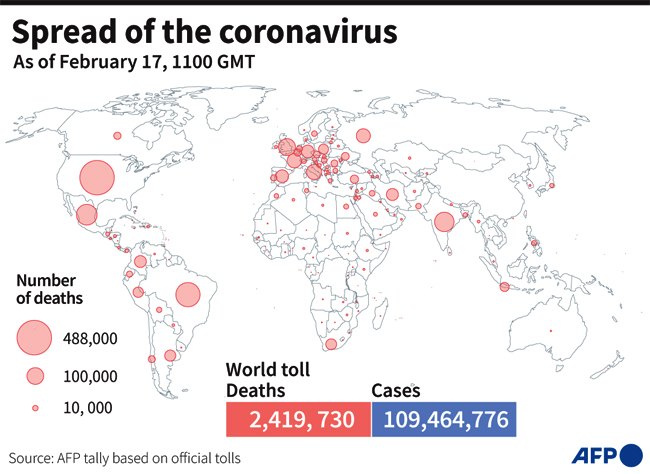 “On a disease level they are the uncontested world champions in terms of number of deaths per inhabitant. On a social level they have resumed: restaurants, cultural and sporting activities, schools and universities are open as normal.

“And from an economic point of view, places like China have seen positive gross domestic product (GDP) growth in 2020.”

He said this approach was preferable to the “mitigation strategy that most Western nations had adopted”, that is “organising between waves how to live with the virus”.

For professor of European Public Health at the London School of Health and Tropical Medicine Martin McKee, “living with the virus” is not an accurate term.

“What does that actually mean?” he told AFP.

“We don’t think it’s acceptable to have a situation (where) you’re trying to keep it under control but not succeeding, you’re continually having resurgences and more lockdown, because we don’t see how anybody can plan ahead for holidays, wedding, investing in a new restaurant, for anything.”

What’s more, the more the virus is allowed to circulate the greater the chances of a meaningful mutation emerging, such as the British and South African variants that are more transmissible.

“We don’t think we can keep going on with a third, fourth, fifth, 15th, 20th wave,” said McKee, who believes that Zero COVID is the “only alternative”.

So why have so many nations not even attempted to stamp out COVID-19?

Vice-Chancellor of the Faculty of Health Sciences at Australia’s Curtin University Archie Clements said a variety of factors made Zero COVID harder to pursue in Europe.

These include the greater degree of travel among European nations, higher urban population density, and the fact that Europe is a major global travel destination.

“Our advantages in Australia (and New Zealand) are natural advantages that can’t be replicated elsewhere,” he told AFP.

“In particular, our isolation and lack of land borders, the fact that we aren’t major travel hubs or destinations, and the fact that we can maintain our economies without a lot of cross-border travel are inherent to our success.”

For Flahault however, none of these are reasons not to try.

“When Britain was registering higher mortality than Germany, Switzerland or France, we didn’t say that it was Britain’s isolation that caused its poor performance,” he said.

And, as McKee pointed out, countries such as China have high urban population density and still managed to squash COVID-19.

He also rubbished the theory that Zero COVID is possible because Asian populations tend to be more compliant with rules including disease control compared with Europeans.

“That’s quite an imperialist point of view,” he said.

Clements said that while Zero COVID was not impossible, it was likely already too late for Europe, given its apparent inability to develop robust test, trace and isolate systems.

“Europe missed the chance to adopt a Zero COVID strategy at the end of the first lockdown,” said Flahault.

He said governments and people “preferred to enjoy their summer” rather than controlling the pandemic.

Flahault said he hoped for “proper debate” about the merits of Zero COVID in order to avoid repeating past mistakes.

“Several European nations will see a notable decline in the epidemic in a few weeks and they would be wise to at least ask the question,” he said.