A person with a short attention span is often compared to a goldfish – figuratively speaking – and somewhere along the way, the phrase evolved to become more specific.

You may have heard that the average human attention span is eight seconds, just one second less than that of a goldfish. Quite a powerful comparison.

These statistics have been reported in 2015 by various news sources including CNET, the Guardian, Time magazine, the Telegraph and USA Today. All of them cited a report on attention spans published by Microsoft in the same year.

But saying that we have a lower attention span than goldfish is a questionable claim at best, with no scientific evidence.

Multiple researchers and news outlets have called out on the human versus goldfish attention span. Some said it’s a made-up statistic. 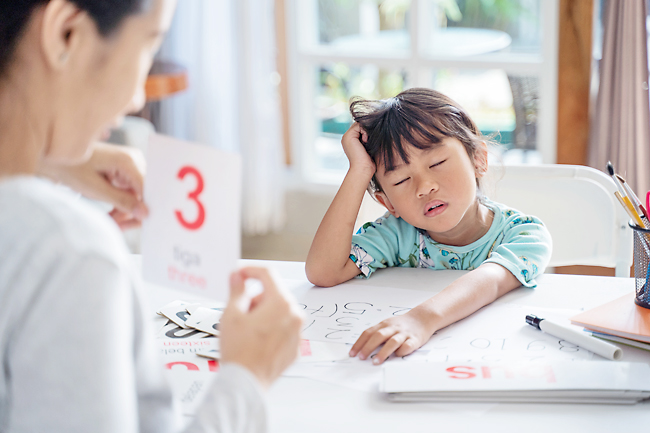 In 2017, BBC and the Wall Street Journal (WSJ) busted the attention span myth.

While it’s true that the statistics appeared in the Microsoft report, it wasn’t Microsoft who conducted the goldfish study – if it was ever conducted at all.

The Microsoft infographic cited Statistic Brain as their source, who in turn listed the National Centre for Biotechnology Information at the US National Library of Medicine and the Associated Press as the sources on their website.

When contacted by BBC and WSJ, both the US National Library of Medicine and the Associated Press said they didn’t find any records that could back up the statistics. BBC’s attempts to contact Statistic Brain “came to nothing”, and WSJ reported that they didn’t receive any reply from Statistic Brain.

Psychology lecturer Gemma Briggs in the BBC article also said the idea of an “average attention span” is meaningless. Our attention span depends on what we do, she said.

We can easily relate this to our own past experiences. All of us have been so absorbed in something that we lost track of time, like watching a two-hour movie or binging a TV series all day long. Likewise, we’ve all had those moments when we find ourselves zoning out in the middle of lectures, conversations, phone calls or meetings.

As for the goldfish attention span, there isn’t any scientific paper on measuring it. What has been measured is goldfish memory, which is totally different than an attention span.

A person’s attention span is not something we can easily measure. It varies “so much from context to context that it would be fairly useless as a metric of ability”, said professor of psychology and neuroscience Edward Vogel in the WSJ article.

Some studies have been done on specific tasks like paying attention during lectures, and these have been reviewed by researchers for further insights.

In 2016, Professor Neil A Bradbury from Chicago Medical School wrote in Advances in Physiology Education that there’s an apparent “consensus” that students begin to pay less attention 10-15 minutes into lectures.

For personal assessment, he reviewed a study by Stuart and Rutherford in 1978 where a group of students recorded their own level of attention during lectures. Neil suggested that the differences in attention had more to do with the lecturers’ teaching styles.

For direct observation, Neil reviewed a study by Johnstone and Percival in 1976. In this study, two observers evaluated attention span among students through physical signs of inattention. But this had a major flaw: we can’t tell if a person is paying attention just by looking at them.

He also said the concept of attention is “nebulous and never quantitatively defined”. The 10 – to 15-minute attention limit among students has been cited countless times in academic articles and books, but there’s no evidence to back this up.

Many of the publications that mention the attention limit cite a 1978 article by Hartley and Davies. But the paper isn’t about attention, it’s about note taking.

The paper highlights a decline in note taking in the last – not first – 10 minutes of a lecture, and the reason was a drop in lecture content, not because the students were paying less attention.

The goldfish attention span myth was busted years ago. But it’s still making rounds on the Internet today.

Attention span is a tricky subject, and it isn’t something we can put a number to. Watch out for fake statistics, and if in doubt, look for the source and see what other experts have to say about it.