This was said by Chinese Ambassador to Brunei Darussalam Yu Hong during her visit to a couple of higher institutions in the Belait District yesterday.

The ambassador also donated books to the libraries during the visits.

The first stop was the School of Science and Engineering of Politeknik Brunei (PB), where the envoy was welcomed by Acting PB Director Lim Kian Boon.

Lim said the PB library has received 169 books and among them books on Chinese art, history and language.

“I am sure that these books will serve as valuable resources for our students,” said Lim.

The visit concluded with a short tour around the campus.

The embassy has been donating books on China for three consecutive years to primary and secondary schools as well as universities for the past three years.

“I believe they will provide a comprehensive and in-depth understanding of China,” the ambassador said. 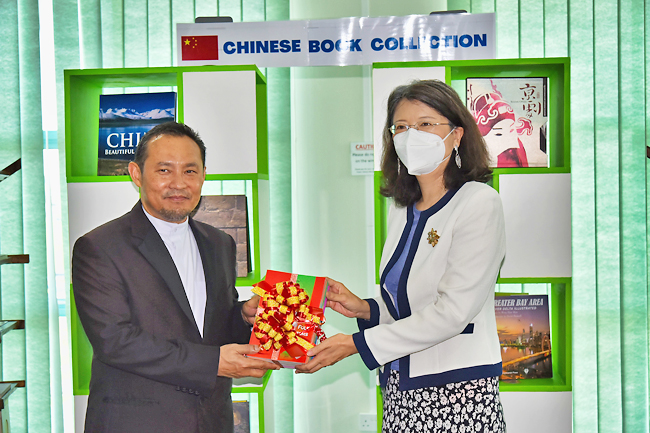