CNA – Two years ago, Clara felt a lump in her breast and consulted a doctor. Because she was only 36 then, she was told that it was likely to be normal breast lumpiness. Her doctor felt her risk of cancer was low and told her a mammogram was not necessary. Besides, the density of breast tissue in young women also makes breast cancer hard to detect via a mammogram.

For peace of mind, her doctor suggested a breast ultrasound. But she could only do this a few weeks later because she was menstruating and it would affect her breast tissue and hence, the diagnostic test.

By the time she went for the breast ultrasound, the lump had grown and she was starting to feel throbbing pain in her breast. She was diagnosed with Stage 2 breast cancer.

YOUNG WOMEN DO GET BREAST CANCER

Breast cancer is usually not the first diagnosis that women and some primary care physicians would think of when young women present with symptoms, said head and senior consultant of the Breast Department at KK Women’s and Children’s Hospital (KKH) Associate Professor Lim Geok Hoon.

On hindsight, Clara felt that this perception may have resulted in a delayed diagnosis in her case. There is indeed a lower incidence of breast cancer among young women, but this figure is nonetheless significant enough to warrant concern. 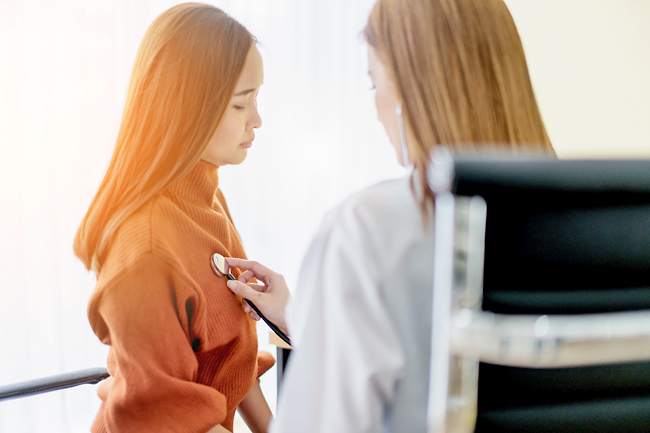 In Singapore, about 10 per cent of women with newly diagnosed breast cancers are below the age of 40, said consultant at the Department of Breast and Gynaecology at the National Cancer Centre Singapore (NCCS) Dr Tira Tan. This number is growing. NCCS saw more than 720 such patients from 2015 to 2020, around five per cent more than in the preceding five-year period, added Dr Tan.

Contrary to the common belief that young people tend to recover better, breast cancer patients in their 20s and 30s tend to have a poorer prognosis compared with older patients.

This makes early detection and treatment crucial. Unfortunately, mammograms are less accurate for young women and are usually recommended for women above 40.

“It is recommended for women to perform breast self-examinations monthly from 20 years of age. This is best done about five to seven days after menstruation. Should women detect any breast abnormalities such as a breast lump or abnormal nipple discharge, they should seek medical attention immediately,” Associate Professor Lim stressed.

STRUGGLES WITH SELF IMAGE

A cancer diagnosis is incredibly stressful and devastating at any age. However, for young women, “the reality of having to deal with a potentially life-threatening illness at this age creates an existential crisis,” said Psychosocial Support Services manager at the Singapore Cancer Society (SCS) Mark Lin.

Because they are at the beginning of their adult lives, they may struggle more with self-image issues than older patients. Associate Professor Lim noted that whenever possible, most young patients opt for breast-conserving surgery to remove cancer or abnormal tissue from the breast without removing the breast itself.

Young women who have to undergo mastectomies to remove all breast tissue struggle because many of them are not ready to lose their breasts in the prime of youth, said breast cancer warrior who has completed chemotherapy, mastectomy, breast reconstruction and radiotherapy, and is currently in her sixth year of hormonal therapy Tracy Hoo. Hoo is also a member of the Breast Cancer Foundation (BCF) and leader of the Young Women’s Support Group at BCF.

Other physical changes such as hair loss can be particularly hard for young women.

“I shaved my hair and wore a wig before commencing chemotherapy. This was followed by a mastectomy on the left side, six weeks of radiation, as well as biotherapy. Learning to be comfortable with my ‘new’ body after surgery was initially difficult and frustrating,” said Esther, 37, who was diagnosed with Stage 2 breast cancer five years ago.

Some women also struggle with the inability to find a lifetime partner who accepts their medical condition, and the loss of their breasts, noted Hoo.

However, patients who have to undergo mastectomy may consider breast reconstruction using implants or the patient’s own tissue.

“Patients who choose not to do reconstruction may also opt for a Minimal Scar Mastectomy, developed by KKH in 2017. This allows patients who are not keen on reconstruction to have a mastectomy with a smaller scar and conserve their nipple unlike in conventional mastectomy without reconstruction,” said Associate Professor Lim. “However, it is only suitable for individuals with small breasts, which is more prevalent in our Asian population.”