THE WASHINGTON POST – Set in the late 21st Century, on a spacecraft en route to a new “Earth” – a habitable planet, 86 years distant from ours, to be colonised by the best representatives of the human race, after climate change and disease have ravaged this one – the sci-fi thriller Voyagers is grounded in very real current fears. But otherwise, it’s a bit of an airhead.

The scenario is laid out in a prologue: To seed our new home with nothing but Grade A stock, the ship’s crew of 30 young adults has been factory-raised from embryos created in a lab with the genetic material of Nobel laureates and MIT whiz kids. (Apparently, some supermodel DNA might have been mixed in there, too, because the ethnically diverse astronauts are a good-looking bunch, with nary a pimple – or, for that matter, a pair of glasses – among them. Headliners include Tye Sheridan and Lily-Rose Depp.) Because the trip takes so long, these supermen and superwomen are expected to create their own test-tube space babies, who will then grow up to create a third generation – the grandchildren of the first – just in time for touchdown.

Under the tutelage of Colin Farrell as the avuncular mission leader Richard, Generation One has been isolated in a sterile clinical environment their entire lives – for their “mental health”, one character explains in the implausible intro, offering up some psycho-baloney about how they won’t miss Earth this way.

Let me get this straight: In the year 2063, with all the advancements that must have been made in science, someone actually thinks raising kids in the equivalent of a hydroponic greenhouse is actually a good idea? We already know, right now, that extended quarantine isn’t healthy for anyone. As the film gets underway, the YA astronauts are 10 years into their journey, having never set foot outdoors. Doped up with a daily blue chemical cocktail that deadens sensation and emotions, keeping them dull and docile, they go about their assigned tasks, supervised by only one (one!) grown-up: Farrell’s world-weary chaperone.

What could possibly go wrong? For starters, someone – say, for instance, that curious kid over there named Zac (Fionn Whitehead) – could start questioning what’s in the pharmaceutical Gatorade, and decide to stop taking it. Then he could decide to persuade the others to do so as well. At which point, you’d have what amounts to a college sports team’s worth of bottled-up hormonal energy – jealousy, rage, poor impulse control and undisciplined decision-making – and only Farell’s hapless “coach” standing between order and Lord of the Flies-like mayhem. Watch out, Richard.

Written and directed by Neil Burger (Limitless), the film comes across, much like its characters, as if it was created in a laboratory. Slick and handsome, but formulaic, it quickly sets up a familiar dynamic: the increasingly deranged and amoral Zac in one corner, backed up by crew members who have chafed under Richard’s rules; and heroes Christopher and Sela, played by Sheridan and Depp, in the other corner. The good guys are well delineated and appealing. But Whitehead’s villain is played with scenery-chewing malevolence. Even imagining that the astronaut’s training involved no curriculum in ethics, Zac – who takes pleasure in the infliction of pain, to a sick and tragic degree – is unrecognisably human. If Burger wants the story to say something about human nature, and there are a couple of lines of dialogue that suggest he does, it isn’t anything terribly profound.

There are some perverse pleasures to Voyagers, despite its shallow gloss: It makes young people look scary and out-of-control, especially if you’re predisposed to see them that way.

But given that youth would appear to be the target audience for this film, that’s not a great look. 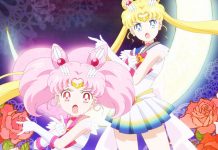