UPI – A Toronto family’s tiny Yorkshire terrier is being hailed as a hero after rescuing her 10-year-old owner from an attacking coyote.

Lily Kwan, 10, said she was walking Macy, her family’s six-year-old Yorkie, in the Scarborough neighbourhood when a coyote started to chase them.

Lily said she started to run away and had to drop the 10-pound dog’s leash because Macy refused to follow.

“She’s a super brave dog, I love her so much and I just thought this tiny dog could protect this huge human being, trying to fight off this huge coyote,” Lily told CTV News.

Macy survived the confrontation and is being treated by a veterinarian for multiple puncture wounds from the coyote’s teeth. Lily’s family said Macy was transferred to intensive care when one of the wounds became infected and she developed a fever, but she is expected to make a full recovery. 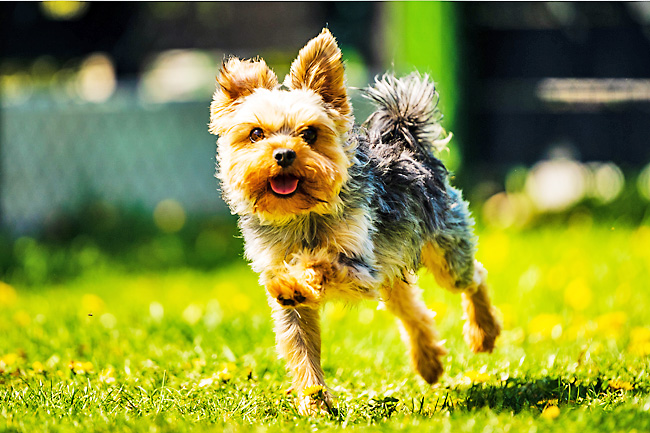