The holiday is here, and for those looking to add something to their reading list, here are eight new releases to consider, including stories about a prisoner who has 48 hours to find his supposedly dead sister, a former intelligence agent who discovers a conspiracy in a small Norwegian town, and a woman who finds comfort in her late mother’s recipe book while adapting to her new life in the sub-zero temperature Arctic.

A HISTORY OF WILD PLACES
BY SHEA ERNSHAW
Travis is gifted with the ability to track down missing people simply by touching an object that belongs to them. When he accepts a request to find a children’s book author, Travis finds himself in a reclusive community closed off from the rest of
the world. No one is allowed to go in or out due to the fear of spreading a disease among the community. Not long after, Travis himself disappears, with his truck abandoned beyond the border.

BEASTS OF A LITTLE LAND
BY JUHEA KIM
A girl sold by her family to become a courtesan befriends an orphan boy who lives off begging on the streets.

Set against the backdrop of the Korean independence movement, the story spans from 1917 to 1965, illustrating life amid the country’s fight for freedom and the sacrifices made during the war.

48 HOURS TO KILL
BY ANDREW BOURELLE
Sentenced to 10 years in prison for armed robbery, Ethan is given a 48-hour furlough to attend his sister’s funeral. But Ethan suspects something isn’t right.

For starters, his sister’s body was never found. She was only declared dead because of her blood found at the crime scene.

With just 48 hours, Ethan starts investigating to find out what really happened to his sister even if it means breaking the law. 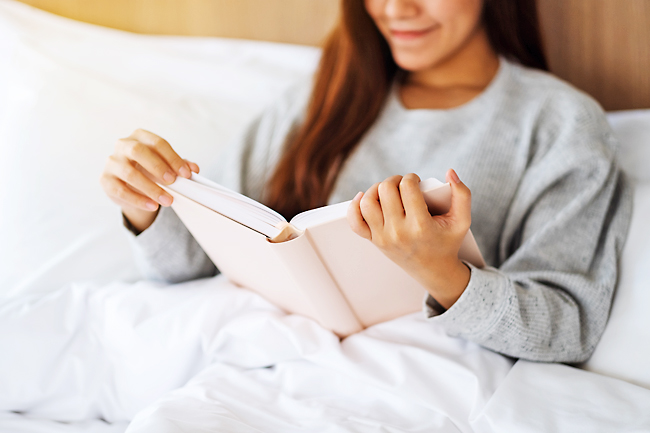 CANTICLE CREEK
BY ADRIAN HYLAND
A woman is found dead in town, along with the body of her boyfriend Adam in a car crash about a kilometre away. The local authorities proclaim Adam as the killer and the case is closed until Officer Jesse visits the town.

She knows Adam and she knows he wasn’t the kind of person who would murder and flee the crime scene. The more questions she asks, she more contradictory statements she gets from the townspeople, convincing her that there’s more to the case than what it seems.

ORPHANS OF THE STORM
BY CELIA IMRIE
A novel based on the sinking of the Titanic and the tragedy that befell two of its youngest passengers. After three years of marriage, the cracks in Marcella and Michael’s relationships have become too severe to ignore, pushing the mother of two to file a divorce.

Michael, unwilling to give up custody, decides to take matters into his own hands. Meanwhile, New York socialite Margaret is planning to head home after touring Europe with her friends.

Unaware of what would be the ship’s maiden and only voyage, Margaret boards the Titanic and crosses paths with two children bearing false names.

OUTSIDER
BY ROB SINCLAIR
Former intelligence agent James Ryker narrowly misses crashing into a teenager. The boy gets taken away by a police officer but Ryker suspects something isn’t right.

When Ryker drops by the nearby small town and starts asking questions about the young boy, the responses he gets give him more questions than answers. With the boy nowhere to be found, Ryker decides to investigate the case and finds himself roped into a conspiracy laced with corruption and violence.

THE ARCTIC CURRY CLUB
BY DANI REDD
Life in the Arctic is nothing like what Maya’s imagined. The temperature never seems to go above zero degrees Celsius and the sun doesn’t rise even when it should. While her boyfriend is pursuing his dream and monitoring polar bears, Maya struggles to adapt to her surroundings and her anxiety grows with every second.

But just when she’s getting confident with herself, she begins to rediscover her past through her mom’s recipes, particularly the memories that she would rather have forgotten again.

TWENTY YEARS LATER
BY CHARLIE DONLEA
TV show host Avery has found the latest lead that is bound to make their ratings skyrocket. The New York authorities have identified one of the 9/11 victims from 20 years ago, who turned out to be a woman who was accused of murdering the man she had an affair with.

However, the victim’s sister is determined to clear her sister’s name, and Avery, with her expansive network of connections, may just be able to help prove her sister’s innocence in addition to landing a lucrative contract for her show.