BEIJING (AP) – President Xi Jinping is using his first trip abroad since the start of the pandemic to promote China’s strategic ambitions at a summit with Russia’s Vladimir Putin and other leaders of a Central Asian security group.

The Chinese leader is promoting a ‘Global Security Initiative’ announced in April following the formation of the Quad by Washington, Japan, Australia and India in response to Beijing’s more assertive foreign policy.

Xi, 69, is due to meet Putin in Uzbekistan this week at a summit of the eight-member Shanghai Cooperation Organization (SCO), which also includes Uzbekistan, India and Pakistan.

“China and Russia share the same stance in opposing the Western practice of imposing sanctions and overthrowing regimes of other countries,” said Director of Shanghai University of Political Science and Law’s Institute of European and Asian Studies Li Xin.

Xi’s trip at a time when his government is urging the Chinese public to avoid foreign travel under its ‘zero COVID’ strategy emphasises the importance to the ruling Communist Party of asserting China’s role as a regional leader. 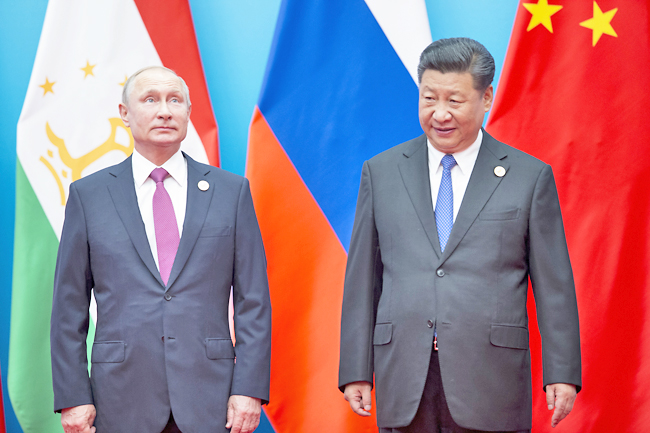 The summit takes Xi abroad at a time when the party is preparing for an October congress where he is expected to break with political tradition and try to award himself a third five-year term as leader.

That suggests Xi is confident he doesn’t need to stay home to make political deals. It also might help to promote his standing with nationalists in the ruling party.

Xi has participated in other global gatherings by video link. His only trip outside the Chinese mainland since early 2020 was a one-day visit to Hong Kong to mark the 25th anniversary of the end of British colonial rule.