THE WASHINGTON POST – This is how most Americans have come to know the Chinese city of Wuhan, where health workers are trying to contain the spread of the deadly coronavirus outbreak: a panicked metropolis, a hastily constructed hospital built to accommodate masses of victims and an eerie scene of empty streets.

But Wuhan has other faces – such as its thriving punk scene, abundant cherry blossoms and historic temples. Then there’s the city’s signature dish, hot dry noodles, or re gan mian. Picture a bowlful of springy spirals coated in a thick brown paste of toasted sesame, sometimes graced with flecks of fiery red pepper, pickled vegetables, green onions or soft herbs.

With Wuhan on lockdown and the world watching through the grainy lens of newspaper photos, hot dry noodles have become its unlikely ambassador, a reminder that Wuhan, the river-crossed home to more than 11 million people, is more than just the epicentre of a lethal virus.

For Lydia Chang, they are the taste of childhood. Chang, director of business development for her family’s Washington-based restaurant empire, grew up in Wuhan, where her mother, chef Lisa Chang, is from.

Her father, chef Peter, is a native of Hubei, the province of which Wuhan is the capital.

“If you ask anyone who has been to Wuhan what is the flavor you miss most when you are away, they will say the sesame noodles,” she said.

She wishes the world hadn’t been introduced to her hometown the way it has. “It’s sad for the city that it has so much wonderful culture to be recognised internationally for the first time for something tragic,” she said.

A better way to meet Wuhan, she says, can be found on the menus at all four of her family’s Washington-area restaurants.

There, the curly flour noodles are topped with the traditional sauce and a crown of rust-red pepper mixture that contributes a warm but not scorching heat, which diners stir together with shards of pickled radish and sprigs of cilantro for a complex bowlful.

The dish might resemble those served at street stalls all over her hometown, Lydia said, but the paste’s precise ratio of toasted-sesame sweetness, savoury soy and salt is her mother’s “secret.”

In the pantheon of Chinese noodles, Wuhan’s hot dry noodles are far lesser known to American diners than others such as dan dan or zhajiang, said Jennifer Lee, author of The Fortune Cookie Chronicles: Adventures in the World of Chinese Food.

They’re not even ubiquitous in other parts of China, she said.

What distinguishes them from the more common noodles seen stateside is that they are not served in a soupy sauce, nor are they usually fried, hence the “dry” descriptor. They’re typically eaten for breakfast, though if you find them on American menus, it’s usually as a lunch or dinner appetiser.

In addition to being a touchstone for far-flung Wuhan natives, the noodles have become a symbol around the globe of solidarity with the people of the quarantined city.

As news of the virus spread, a touching Chinese cartoon circulated on social media.

It featured a bowl of noodles, depicted as a hospital patient being attended to by a doctor.

Outside the window, a gaggle of other characters gather, each depicting the signature dishes of other regions, holding signs that read, “Hot dry noodles, get better.”

In another gesture of unity, people spliced images of other iconic dishes with bowls of the hot dry noodles to create a single dish and shared them on Twitter.

The message? We’re not so different from one another.

Editor Yuli Yang for CNN International based in Hong Kong, posted a thread of tweets recently paying tribute to her hometown of Wuhan. They included a love letter to the dish, along with some of the city’s other points of pride: its many lakes, its lotus blossoms and the first Asian Grand Slam champ, Li Na.

“With these mini-tales of Wuhan, I hope you can open up a small space in your heart,” Yang concluded. “A space for compassion. A space to love and to support the millions of my fellow Wuhaners.” 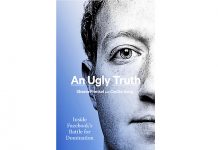 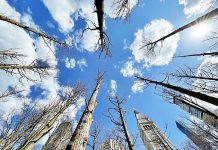