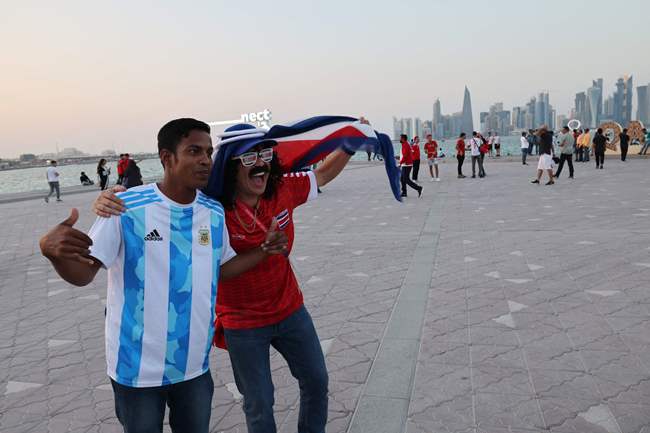 DOHA (AFP) – World Cup organisers on Wednesday came to the defence of Indian fans in Qatar who have been labelled “fake” for wearing the shirts of football’s powerhouse nations.

\Thousands of supporters, mainly from India and other South Asian nations, took part in a parade in Doha that sparked suggestions they had been paid to wear Argentina, Brazil and England shirts as a stunt to promote the tournament.