World Cup fever is set to take over the globe once again as FIFA’s flagship international football tournament returns.

The FIFA World Cup Qatar 2022 will see 32 teams compete across 64 matches, and kicks off with an opening ceremony on November 20 before going into the opening match between hosts Qatar and Ecuador, with the tournament scheduled to take place until the final match on December 18.

The slogan for this edition of the tournament is ‘Now is All’, which organisers explained is about “the hard work, the determination and the effort – all to achieve the win”.

This iteration of the tournament also has its own official mascot in the form of La’eeb, which was unveiled during the FIFA World Cup Qatar 2022 Final Draw in Doha earlier this year.

As described by FIFA, “La’eeb is an Arabic word meaning super-skilled player. He belongs to a parallel mascot-verse that is indescribable – everyone is invited to interpret what it looks like. La’eeb encourages everyone to believe in themselves as ‘Now is All’. He will bring the joy of football to everyone.” 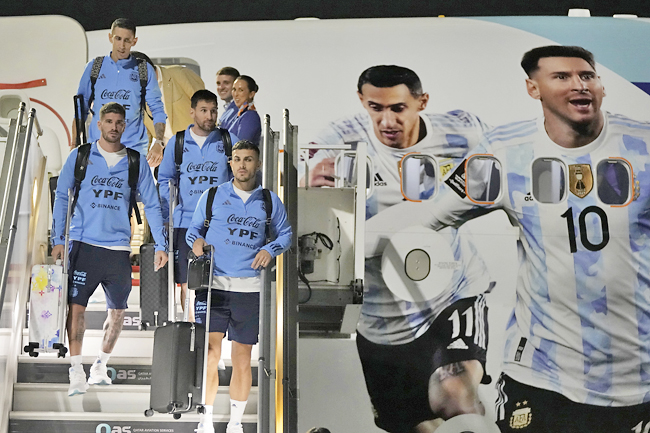 The official match ball for this year’s World Cup is the called Al Rihla, with its creation a collaboration between FIFA and Adidas that marks their 14th successive ball for the tournament.

Meaning ‘the journey’ in Arabic, the Al Rihla “is inspired by the culture, architecture, iconic boats and flag of Qatar. The bold, vibrant colours set on a pearlescent background represent the FIFA World Cup Host Country and the ever-increasing speed of the game”.

A total of 32 teams from around the world will be competing in eight groups as they vie for a place in the knockout stages of the tournament as the next step on their quest for football glory.

In Group A, hosts Qatar will be making their debut appearance in the World Cup as they begin proceedings in the opening match of this year’s tournament at the Al Bayt Stadium against Ecuador, which will be marking their fourth World Cup appearance.

They are joined in the group by three-time World Cup runners-up Netherlands and 2002 quarter-finalists Senegal.

Group B sees the 1966 World Cup winners England embark on their latest quest to win a second World Cup, following a fourth-placed finish in the previous tournament in 2018 and finishing runners-up in UEFA Euro 2020.

The group also sees Iran making its sixth World Cup appearance, while the United States makes its 11th appearance in the tournament after having missed the 2018 edition.

In Group C, two-time World Cup winners Argentina will be looking to build on the success of winning the 2021 Copa America, and their first match in the group will be against Saudi Arabia which will be making its sixth World Cup appearance. Two-time World Cup quarter-finalists Mexico will also begin their campaign in Group C against Poland, which has two third place finishes in their history with the tournament.

Reigning World Cup champions France are in Group D and will be looking to defend their title and add a third World Cup trophy to their collection following their success in 2018.

They are joined in the group by Australia and Tunisia, both of which will be making their sixth appearances at the World Cup, as well as 1998 quarter-finalists Denmark.

Group E contains two former World Cup holders in the form of four-time winners Germany and 2010 champions Spain, along with 2014 quarter-finalists Costa Rica and Japan, which has reached the Round of 16 on three occasions, including the tournament’s previous iteration in 2018.

Featured in Group F are the 2018 World Cup runners-up Croatia and that year’s third-placed team Belgium, as well as Canada as it makes its second World Cup appearance since 1986, along with Morocco which will be notching its sixth appearance at the tournament.