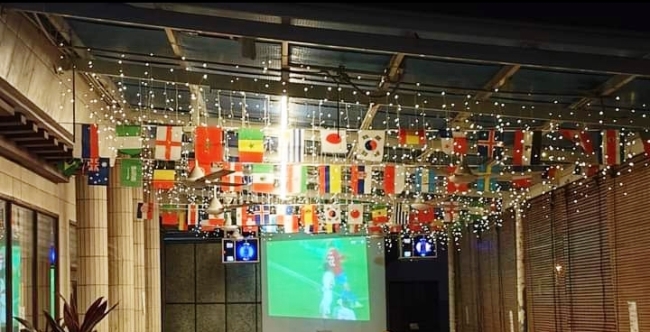 Some restaurants saw a boost of business as local fans flocked to catch the World Cup matches, as it entered the quarter final stage starting last night with Croatia facing Brazil.

A 24-hour outlet, Semporna Enak restaurant in Kampong Rimba, which is screening the match has  seen football fans patronising the restaurant round the clock.

Restaurant waiter Nani told the Weekend Bulletin that football fans also turned up at wee hours to catch their favourite teams.  She said the majority of the locals visiting the restaurant were supporters of Portugal and Brazil.