Working together for common goals

Singaporean Minister for Sustainability and the Environment Grace Fu assumed her position at the height of the COVID-19 pandemic’s first wave.

Visiting the country for the first time as Singapore’s Minister for Sustainability and the Environment, Fu said she wanted to first call on her counterparts in Brunei due to the two countries’ long-standing relations.

During a media interview at The Empire Brunei last week, Fu recounted her meeting with Minister of Development Dato Seri Setia Awang Haji Muhammad Juanda bin Haji Abdul Rashid during the Brunei-Singapore Annual Exchange of Visits in August and the ASEAN-COP Meeting in October.

“In the two meetings, we managed to understand each other’s priorities, so we thought we’d follow up and keep up the momentum of engagement.

“This time around, I called on him and also followed up on some of the issues we had discussed in the last two rounds.”

Among the issues discussed were water management, waste management and climate change, which are issues of priority for both countries. 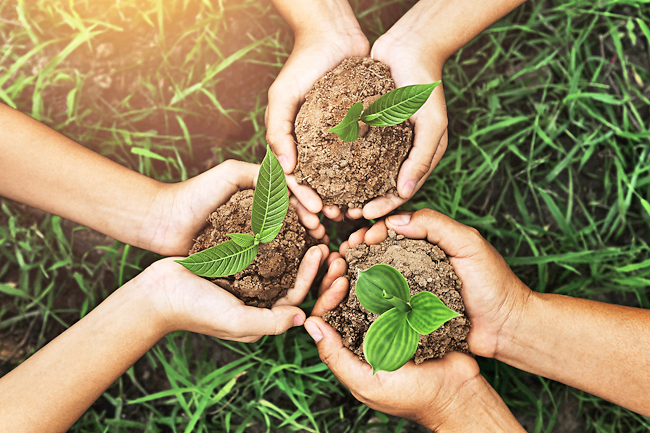 Another area is food security, which is also one of Brunei’s priorities.

Meeting with Minister of Primary Resources and Tourism Dato Seri Setia Dr Haji Abdul Manaf bin Haji Metussin, Fu said the discussions revolved around issues, such as animal health and avian flu, while ensuring the quality of agricultural products, which are the common issues in both countries.

When asked for views on how the Sultanate is doing in terms of its efforts to achieve environmental sustainability, Fu said she visited the Brunei Energy Hub Dermaga Diraja, Brunei’s plans to move towards decarbonisation are exhibited.

“I think there are many elements for us to learn. For example, they are looking at how to make their industries a lot more energy efficient and reducing wastage.

“I think these are areas that are very important for all countries,” she said.

Noting that Singapore is also in the early stage of understanding how carbon credits would work, Fu shared that she had long exchanges with her counterparts on how carbon credits can be applied in Brunei and some of the things that should be looked into in terms of environment, integrity and standards.

She said she was impressed by Brunei’s ‘Bring Your Own Bag’ initiative.

“We are trying to do that as well, so we want to learn how you intend to implement it.

“Really it’s to reduce waste and a better way of managing our waste, and hopefully, also discuss waste-to-energy projects that will probably be interesting to Brunei.”

Addressing climate change, the Singaporean minister said there are many areas both countries can work on as Brunei and Singapore have also cooperated very closely in international negotiations such as the United Nations (UN) Climate Change Conference.

She shared that she met with the Bruneian delegation in Sharm el-Sheikh, Egypt during the 27th Conference of the Parties to the UN Framework Convention on Climate Change (COP27).

“Even at the Association of Southeast Asian Nations (ASEAN) level, Brunei is going to host the ASEAN Centre for Climate Change. Singapore has the ASEAN Specialised Meteorological Centre, so we study weather patterns and that’s an important input into the climate change initiative.”

She further added that the two centres can work closely together and Singapore will really be looking at how they can support Brunei as a host for the climate change centre.

“ASEAN is unique. In Southeast Asia, we are at the belt. We are in the tropics.

“We’re going to get a lot of more intense rainfall and extreme weather events. So how can we strengthen resilience of the ASEAN member states?”

She reiterated the common interest of all countries in ASEAN, and believed that the more they can work together and learn from one another, the stronger the collective positions.

By using renewable energy as an example, the Singaporean minister talked about how to deploy or import solar energies. “Singapore is in the process of implementing an ASEAN grid and importing from some countries.

“It is in one area of solar power that shows there is room for cooperation among ASEAN members.

“So I think at the national level, we have many interesting discussions, going forward.”

Other matters discussed during her visit to the Sultanate include carbon capture, utilisation and storage (CCUS) as a strategy to sequester carbon, developing and planting more mangroves for carbon sequestration and increase greenery, nature-based solutions in mangroves, protecting peat-land, and framework for carbon credits.