An inspection on the living quarters and restaurant in Kampong Bunut and Kampong Sengkurong found foreign workers committing offences under the Employment Order 2009.

At the living quarters, two foreign workers who were legally employed as labourers were found to be working as security guards.

In addition, a foreign worker with a legal position as a construction worker was found to be working as a cleaner and grass cutter.

Meanwhile at the restaurant, two foreign workers with legal positions as waiters were found working as cashiers and cooks. If convicted, the original employer and current employer may be subjected to a BND600 fine for the first offence and BND900 for the second offence. 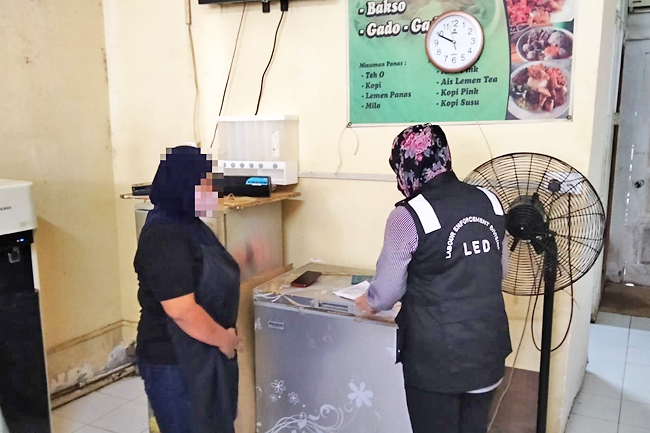