PETRA, JORDAN (AFP) – Herds of hard-working donkeys once carried hordes of tourists on the rocky paths of Jordan’s Petra, but visitor numbers crashed amid the pandemic and the loyal animals are left without a job.

“Before coronavirus, we all had work,” said Abdulrahman Ali, a 15-year-old donkey owner at the ancient rock-carved desert city, where the sure-footed animals carry tourists up steep paths in the blazing sun.

“The Bedouins of Petra made a living and fed their animals,” he said, sitting waiting for a handout of fodder from a charity, explaining that many owners today are struggling to meet the cost of feeding them.

In 2019, the number of visitors to the UNESCO World Heritage site topped a million for the first time.

But in March 2020, the famous tourist destination was closed, and the crucial income from the tourists dried up. 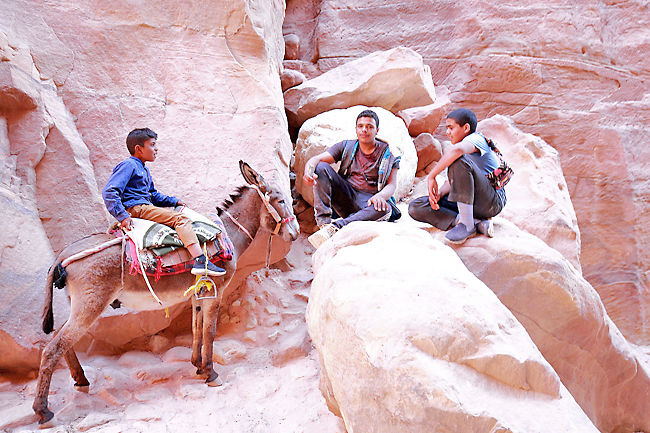 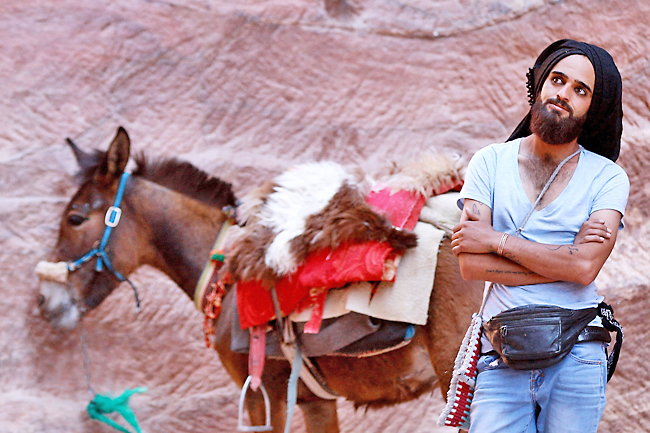 “When tourism stopped, nobody could buy fodder or medicine anymore,” said Ali, who could earn as much as USD280 on a good day, supporting his mother and two brothers.

“Anyone who has a little amount of money now spends it on his own food, not his animal.”

Before the pandemic, tourism made up more than a tenth of Jordan’s GDP, but revenues slumped from USD5.8 billion in 2019 to USD1 billion last year, according to government figures. Since Petra re-opened in May, tourist numbers have been slow to rebound.

Only some 200 visitors a day come to Petra, compared to more than 3,000 before the pandemic hit, said Suleiman Farajat, heading the Petra Development and Tourism Regional Authority.

Farajat said some 200 guides used as many as 800 animals – including horses, camels and mules as well as donkeys – for tourist rides across the desert site.

The economic ripple effect of tourism was widespread.

“Before the crisis, 80 per cent of the inhabitants of the region depended directly or indirectly on tourism,” Farajat said.

“With the pandemic, not only working animal owners were affected, but also hotels, restaurants, those with souvenir shops or stores, and hundreds of employees have lost their jobs.” Many donkey owners are turning to a clinic supported by the animal rights group PETA, where vets treat maltreated and malnourished donkeys for free.

“Before coronavirus, my family and I owned seven donkeys working in Petra,” said Mohammad al-Badoul, 23, waiting with four other donkey owners to fill a sack with animal feed.

“We had to sell them for lack of income. Now we only have one, and I can barely feed it.”

“During the Covid-19 lockdown, and with the lack of tourism, people could not afford to feed their animals anymore,” Shatta said.

“Some of them ended up starving and we picked them up brought them here,” he added, noting some 250 animals had been treated, with some 10-15 cases arriving a day.

In the past, PETA had treated animals with deep cuts from being beaten or abused, but Farajat, from Petra’s tourism authority, said the working conditions of the donkeys is now “not that bad”.

But there are plans to replace some of the traditional donkeys with a new system of 20 electric cars introduced by the tourism board next month. The cars will be “driven by the animal owners”, Farajat said.

Switching to electric cars will, Farajat hopes, put an end to the criticisms against the mistreatment inflicted on animals.