While some might associate words that are spoken as just being a form of communicating one’s thoughts and ideas to others, it can also help shape one’s perception, mindset, and behaviours.

This was pointed out by a middle school teacher from Brunei Darussalam Hadi Mustaqim, who has a PhD in Health Science from Zhejiang University. Hadi recently wrote an article going in-depth about the power that words possess to shape and impact thoughts, mindset and behaviour.

In his article, he outlined how one of the stimuli with which people regularly interact with others is words, and that few people are aware that the words we hear and say could impact our thoughts, mindset, and behaviour, especially youngsters who are still developing as they are more prone to subliminal suggestions.

“Words can be powerful that they may change the way someone behaves. It only takes one convincing word to activate the brain’s memory system, which subconsciously influences thoughts, feelings, and behaviour. This cognitive process is called priming.”

He also referred to an experiment conducted by Bargh, Chen and Burrow where they documented how a randomised group of subjects primed with negative words exhibited agitation 61 per cent faster compared to those who were not primed (control group).

“In contrast, another group primed with positive words exhibited agitation 74 per cent slower compared to the control group (Bargh, Chen and Burrow, Journal of Personality and Social Psychology, 1996). Now consider how many times we have said negative words to someone, and how that could shape their personality in the future.” 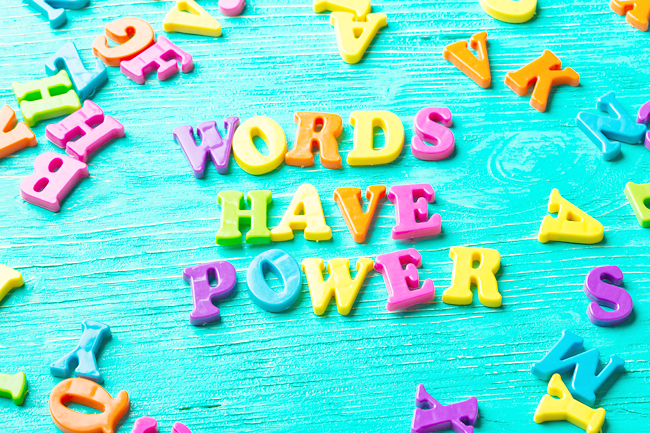 He added that the more one verbally suggests someone with information, the more they will believe that it is the truth. “For example, the more you tell someone that they can do it, the more likely they will succeed. Repetition increases our mental validation of anything we’re exposed to.”

He also referred to Dr Habib Sadeghi’s publication titled The Scary Power of Negative Words, 2019, which suggests that any statement that is read, seen, heard, or spoken regularly is seen as more valid than the one exposed to only occasionally, regardless of whether the information is true or false.

“What matters is how often we are exposed to it. This psychological phenomenon is called the ‘Illusion of Truth Effect’. Similar priming techniques are frequently used in political propaganda and can be highly effective.”

This psychological phenomenon and the power that words hold can be traced back as common phrases such as ‘Think before you speak’ are often taught and passed down.

“We often hear the phrase ‘Think before you speak’,” said Hadi, noting that a majority of people associated this phrase with the idea to avoid hurting other people’s feelings or miscommunication.

“However, not many people are aware that the words you say to others may be permanently imprinted in their subconscious minds which could be a persistent suggestion to them and change their thoughts and behaviour eventually.”

With each subconscious mind being unique to each individual, each experience, when combined, has a significant impact on one’s thoughts and mindset.

“Subconscious mind affects everything we think, feel, say, and do without our conscious awareness. Unlike our conscious mind which only controls thoughts that we are having at any given moment. Results obtained from a clinical study with functional magnetic resonance imaging (fMRI) shows that subliminal or subconscious stimulation activates the right hemisphere region of the brain, associated with emotional processing, beliefs, values, intuition, and instinct.”

He also added how the subconscious mind makes everything that is said and how one behaves, to fit a pattern consistent with what the individual was primed or programmed with. “Therefore, it is crucial that we consider our words before speaking. With negative words, we may influence someone to behave poorly and also may affect someone’s future.

On the other hand, with positive words, we may be able to motivate and influence a person’s behaviour for the better. That is how powerful our word is.”

As such, one of the ways to control the power vested upon each individual is the choice of words. As Hadi pointed out, “Whatever we say or hear, be it in a joking or serious manner, is recorded by our subconscious mind.”

He also related to research by University of California, Santa Barbara, that a weak message that is heard twice can gain more weight than a strong message that is only heard once.

“So, choose your words carefully because even one repetition has the power to alter our perceptions. Say ‘I believe you can do better next time’ instead of ‘Don’t fail next time.’ Say ‘you can be more helpful’ instead of ‘don’t be such a burden’.”

“Language is a beautiful tool; undoubtedly, there are better and more positive choices of words that you can use to deliver your message to someone. A simple ‘no’ can immediately instigate a fear response in our brain, and repetitive exposure to it can induce hormones that lead to feelings of anxiety and depression,” said Hadi, referring to Newberg and Waldman’s, Words Can Change Your Brain, published in 2012.

Hadi highlighted that in knowing the consequences of words that you say towards another person, one needs to think before one speaks. Words can have the potential to impact the young generation, which also represents the future of the society.

As such, one should think of how one’s words choice might impact their future life and subsequently the future of the society.

“Your words matter to anyone you speak to. Whether they are your children, students, juniors, subordinates, or just about anyone else, your words can impact not only their emotional perceptions and mental health but also towards how they will pursue their future,” he concluded.