Almost a month separates the International Day of Women and Girls in Science on February 11 and the International Women’s Day on March 8, but the two are getting increasingly related, if not in time, at least in the achievements they want to mark.

The former was established in 2015 by the United Nations (UN) General Assembly to encourage more girls and women to pursue studies and careers in science and technology.

But, according to Strategy and Partnership Director at the Economic Research Institute for ASEAN and East Asia (ERIA) Giulia Ajmone Marsan, these achievements will struggle to progress without participation of women in science, technology and innovation, especially in a highly digitalised post-pandemic world. She said it is particularly important for the ASEAN region, one of the fastest growing digital economies in the world, whose growth has been accelerated by COVID-19.

“With a growing proportion of our daily activities moving online, equal access to digital technology and participation in online professional activities is key to an inclusive post-pandemic recovery. And equal access means same opportunities to compete, thrive and access leadership positions,” she highlighted. 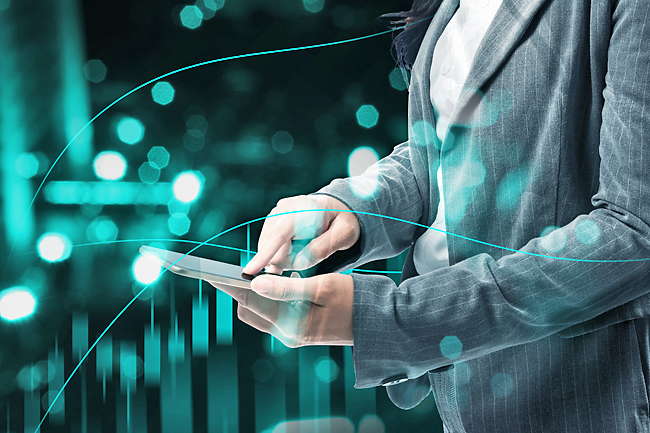 Marsan noted that any foreigner living and working in Southeast Asia can be quickly impressed and positively surprised by the number of highly-qualified women at meetings and professional events.

However, she said, while at first sight, this partial and unresearched anecdotal evidence is very positive, when looking at the data, it is clear that there still a long way to go.

Recent ERIA research, she added, showed that compared to other regions in Asia, ASEAN women are doing well in terms of more basic digital access metrics (mobile phone usage and connection to the Internet, etc) and according to a 2018 McKinsey assessment, ASEAN member states scored higher than the Asia-Pacific average with respect to gender digital inclusion. For this type of access, it is reasonable to imagine that other “divides”, such as the urban-rural discrepancy, are more predominant and significant than the gender divide.

However, when it comes to more sophisticated forms of access to scientific information and digital technologies, it becomes evident that opportunities are not the same, the study found.

Participation in STEM (science, technology, engineering and mathematics) education is good (although skewed towards medical disciplines and less towards ICT and technology fields), but education in technical fields among girls does not appear to translate to high female representation in related professions.

According to Marsan, women have limited representation in advanced technology jobs that require higher skill levels and are better-paying.

“These skills and jobs are increasingly high in demand for a transition towards a digitised post-pandemic world,” she said.

When looking at entrepreneurship and innovation, while many ASEAN women are entrepreneurs, Marsan said it is important to remember that the majority of them owns and manages micro or small enterprises, which typically make more limited usage of sophisticated digital tools, if any.

“This means that women entrepreneurs across ASEAN are at risk of lagging behind when competing in the digital market place,” she said.

Senior management and leadership positions in the business sector are other area where there is room for improvement.

Unfortunately, Marsan said, globally and across ASEAN in particular, there is no systematically collected data on female representation in management positions in technology-related industries.

“However, research in different countries and contexts points to a lack of women in top management and executive positions,” she added.

Marsan said in addition to social equality principles, there are economic benefits to including women in senior management.

She quoted a recent report by the International Finance Corporation and the Economist Intelligence Unit found that companies across ASEAN with more than 30 per cent female board members performed better financially than companies with fewer female board members. And an increasing body of research shows how diversity, including gender diversity, is associated with more creativity and innovation, as different points of views are taken into account.

She highlighted that participation in leadership positions in policymaking is important because of the power of policy and regulation to shape the behaviour of institutions and societies.

“Diversity of representation at policymaking levels is necessary to ensure that the perspectives and realities of different populations are factored into policy initiatives. In the digital sector, this includes national policymaking bodies responsible for information and communications technology, science and education policy, and regulation for example.”

Marsan added that it is difficult to think about how to solve problems like cyberviolence, discrimination, biases, stereotypes or fake news affecting women within and outside the digital space without adequate representations of women in decision-making rooms.

“And these issues are becoming increasingly urgent to reflect upon and tackle as we increase the time we spend studying, meeting and working online,” she said.

Meanwhile, Senior Research Scientist at the University of Washington Information School and Principal Researcher with Research ICT Africa Araba Sey said that is not enough for women and girls to have access to the digital economy; the types of access also matter.

She highlighted that the ability of women to progress into senior and top-management and policymaking roles determines the extent to which women can have an equal voice in the development of systems and rules that affect their lives.

“Women need to have access to equal opportunities offered by innovations and emerging technologies not for being in ‘survival mode’ but to be able to compete and thrive in a highly digitalised post-pandemic world. Then we can really celebrate these two important days meant to mark women’s achievements,” she said.