ANN/THE STRAITS TIMES – A 14-year-old girl was taken to hospital after a collision involving nine vehicles on the Kallang-Paya Lebar Expressway (KPE) on Thursday.

The accident involved eight cars and a van, and occurred on the stretch in the direction of the Tampines Expressway after the Bartley Road East exit, said the police, who were alerted to the accident at about 4.45pm.

A 40-year-old woman – the driver of one of the cars – and the girl, a passenger in one of the vehicles, were both conscious when taken to hospital.

The drivers of two cars – a 54-year-old man and a 38-year-old woman – along with the van driver, 43, are assisting the police with their investigations.

In a video posted on Thursday on Facebook on the Singapore Roads Accident page, eight of the vehicles can be seen bumper to bumper in the second lane from the left of the expressway.

Meanwhile, the police are investigating a lorry driver who allegedly caused a massive seven-hour closure of the Nicoll Highway entrance to KPE on Monday after several heavy metal plates fell from his vehicle.

The driver’s alleged failure to secure the plates is believed to be the focus of the investigation. 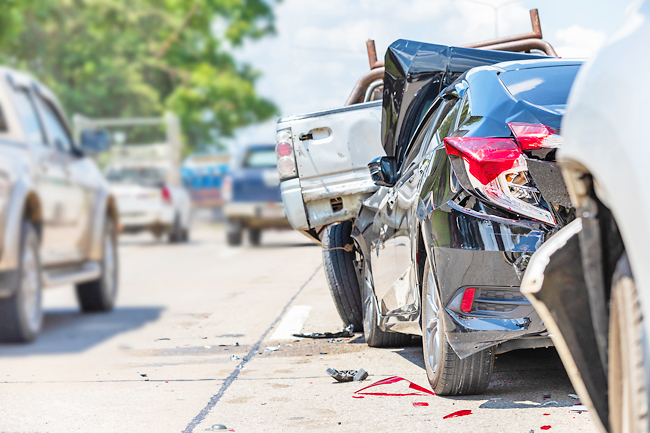