With one goal in mind

The national football team recently reached a milestone towards their progress in the regional scene against neighbouring countries and beyond after qualifying for the ASEAN Football Federation (AFF) Mitsubishi Electric Cup (AMEC 2022) for the first time in 26 years.

It marks a historic occasion for the country’s football after multiple unsuccessful bids of advancing to the group stage whether contested through a round robin format or most recently a playoff.

As the final whistle was blown during the end of the second leg match against Timor Leste at the Hassanal Bolkiah National Sports Complex in early December, it ended the long suffering from the ardent football followers in the Sultanate deprived of competitive international matches.

Brunei has been looking for a route to enter the group stage of the AFF Championship – the premier international competition for Southeast Asian teams- since 1998 when the remaining teams had to take part in a qualifying process to earn a place in the main draw.

Ever since the qualifying competition was introduced in 1998 with Myanmar and Singapore chosen as co-hosts, the Sultanate had not made a single appearance and are the least experienced among their Southeast Asian rivals.

In contrast when compared to their nearest AFF rivals, Laos – three places higher in the FIFA world rankings – have only been absent once while Cambodia have notched nine appearances under their belt. 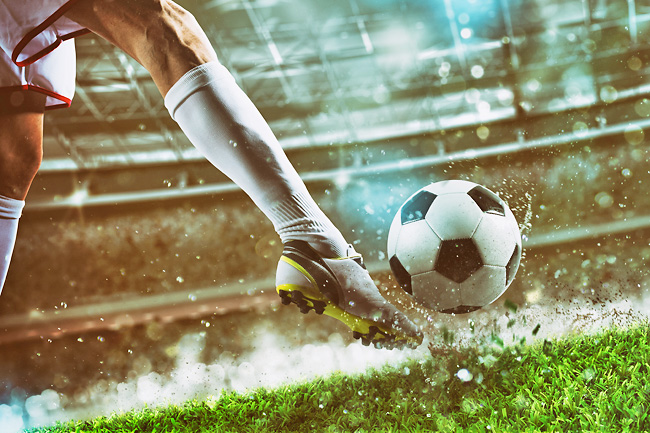 Brunei’s first attempt in qualifying to the main draw ended in a 2-1 defeat to Laos at the Thuwunna Stadium in Yangon.

The Wasps would have to wait until 2007 for another chance of securing a place in Southeast Asia’s football marquee competition.

The winning team of the Brunei Premier League 2005-2006 season QAF FC represented the country in the competition.

The 2007 edition of the qualifying campaign replaced the old format with only one group and the top two instead of four advancing to the group stage.

After an unbeaten start against Timor Leste and Cambodia, the Wasps bowed out of the competition following successive losses against Laos and Philippines.

Brunei fared better against the Philippines when they next clashed in 2018 as forward Shahrazen Said, who has been established as the country’s leading striker, temporarily put his side in front.

Both sides eventually ended in a 1-1 draw as Chad Edward Alesna Gould prevented Brunei from victory following his strike five minutes before the break.

The national team reignited their hopes of qualification following a 4-1 victory over Timor Leste with Shahrazen continuing his fine form with a brace.

But defeats to Laos and Cambodia resulted in their elimination as their search for international football competition stretched to over a decade.

During this period, scoring hasn’t been a problem for the national team as evident with their return of 14 goals in two tournaments.

However, conceding has been their biggest issue despite having one of the talented attackers at their disposal in recent times.

Brunei did not join the next edition in 2010 as the country was serving a suspension from FIFA.

The next edition two years later witnessed the Wasps’ return in the competition.

Brunei’s title-winning campaign in the Hassanal Bolkiah Trophy enhanced their reputation in the regional scene, leading to a host of under-21 players joining the senior team.

Despite not advancing to the group phase, Brunei enjoyed their best performance in qualifying with two wins and two losses.

Brunei extended their head-to-head record against Timor Leste and also defeated Cambodia, though losses against Laos and Myanmar sealed their fate.

The national team did not win a single game in the 2014 edition, despite most of the players coming off at the back of a Singapore League Cup triumph.

The team had to preserve a perfect record in order to qualify in 2016 with only team winning a berth, which ultimately went to Cambodia.

It also marked Laos’ – who had been a regular participant since the inaugural edition in 1996 – first absence in the biennial competition.

In 2018, the qualification process saw a major change with the 10 AFF member associations automatically entered into the group stage of the competition.

That left two teams Brunei and Timor Leste – the lowest ranked teams in the FIFA rankings – to battle it out for an elusive spot in the main draw.

The two teams had to play each other over two legs with Timor Leste having to play their home fixture at a neutral ground at the KLFA Stadium in Kuala Lumpur, Malaysia due to floodlighting issues.

Timor Leste broke the fans’ hearts on away soil after winning the two-legged tie 3-2, extending Brunei’s wait in the competition to 22 years.

After announcing that they were not joining the competition in late 2021 due to the COVID-19 pandemic, Brunei finally had a taste of competitive action in December 2022.

The recent 1-0 friendly win against Laos brought confidence to the team who prospered under the guidance of Mario Rivera Campesino.

The country had another opportunity to qualify to the AFF Championship after confirming their participation in the qualifying playoff against regional foes Timor Leste.

Brunei went on to equal their biggest result to date after a 6-2 victory over Timor Leste in the first leg, putting them one foot on the coveted spot in the group stage of the competition.

A 1-0 loss in the second leg rendered academic as they finally cemented their place alongside the region’s bigwigs.