Instead of settling with the grand prize of a BND22,000 voucher or a new Toyota Vios or Toyota Wigo, Grace Galicio Fullon took a leap of faith to pick the mystery box and won herself a Toyota Raize yesterday.

“I am very happy to win a Toyota Raize. I initially wanted to buy a Toyota Raize but my husband insisted on a bigger car so we bought a Toyota Rush two months ago,” said Fullon.

“I had a feeling that the prize in the mystery box would be big so I went for it.”

Asked why she buys Toyota, she said, “Toyota is an excellent brand and if the car has an issue, it’s easy to obtain spare parts. The maintenance for a Toyota car is affordable and easy.” She also thanked NBT (Brunei) for organising the Toyota Gembira Campaign.

The promotional campaign was open to Toyota customers who bought cars from March 1 to April 15. 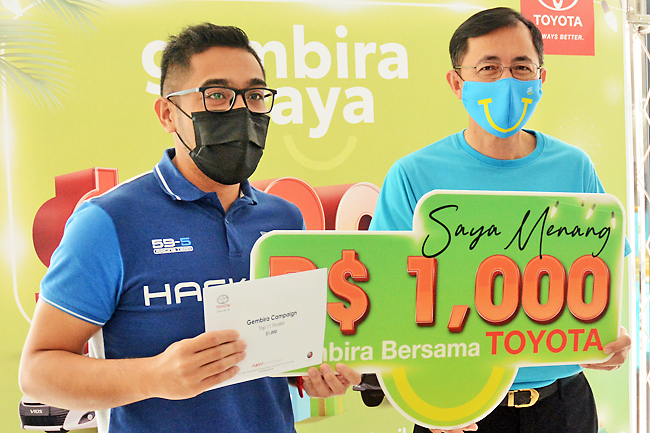