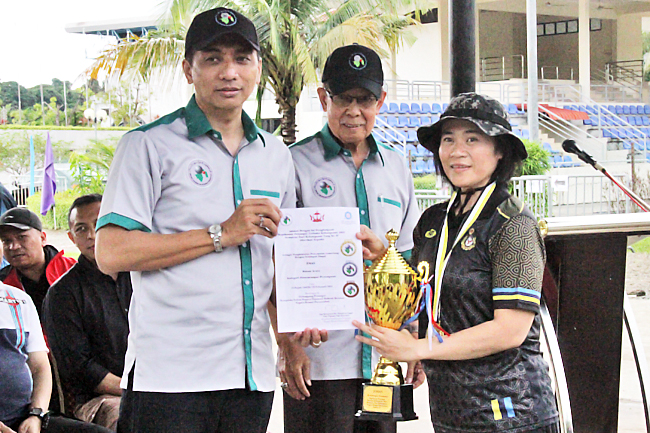 In the under-21 boys’ doubles category, IBTE MC 3 emerged champion while the IBTE MC 1 was crowned winners in the girls’ event.

He said, “Besides that, the Brunei Darussalam Petanque Federation is introducing petanque to all four districts. Insya Allah, a petanque workshop will be held in the Tutong district in June.”