UPI – A woman taking a walk on Massachusetts beach found a GoPro camera in the seaweed that had been dropped into the ocean by a windsurfer.

Josephine Fatta said she was walking on Yirrell Beach in Winthrop when she spotted the small camera in some seaweed that had washed up on shore.

Fatta bought a memory card reader and found the still-functional camera contained multiple photos of people windsurfing. She posted some of the photos to Facebook in the hopes of identifying the owner.

A news segment about Fatta’s discovery on WCVB-TV led to locals recognising Theo Kassuga, who is currently in South Padre Island, Texas.

Kassuga confirmed he lost his GoPro while windsurfing in Winthrop in early January.

“That was actually a pretty rough day in Yirrell Beach and when I was getting out of the water I got hit by a big wave and that wave took the camera away,” Kassuga recalled.

Fatta said she is now working out a way to get the camera back to Kassuga. The windsurfer said he is hoping to thank Fatta in person next time he is in Winthrop. 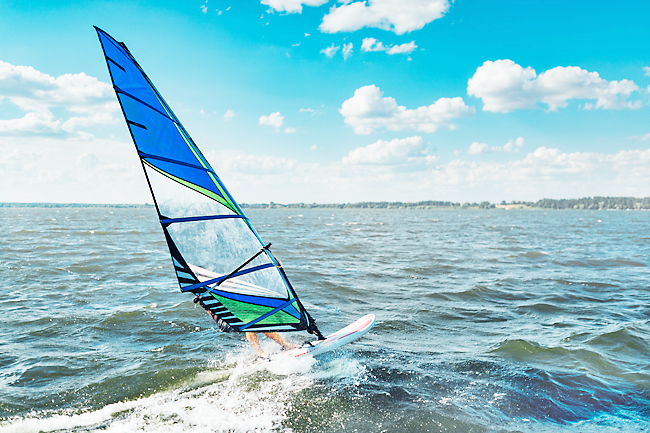