PARIS (AFP) – When a Botticelli painting went under the hammer last month at Sotheby’s in New York for USD92 million, it was assumed the buyer was a Russian oligarch since the bidding was done by an adviser to wealthy Russians.

But as art journalist Scott Reyburn told The Week in Art podcast, it’s not always that simple: “Sometimes very wealthy collectors use telephone bidders that imply a certain nationality just to guarantee their own anonymity… to throw us off the scent,” he said.

The ultra-wealthy prize that sort of confidentiality, and it also helps build the mystique and theatre in which auction houses like to drape themselves. Lately, however, regulators in Europe and the United States (US) are out to spoil the fun, arguing that this culture of secrecy is ripe for exploitation by criminals.

New anti-money-laundering rules mean art and antiquities dealers in Britain and the European Union must now record the actual beneficiaries of their sales for the first time. US Congress approved similar legislation last month that should be in place by 2022.

Some high-profile cases over the past decade seem to justify the clampdown, such as disgraced Brazilian financier Edemar Cid Ferreira buying an USD8-million Jean-Michel Basquiat painting and shipping it to a New York storage facility with a USD100 label.

Or fugitive Malaysian Jho Low, accused of spending some USD137 million on art with money he “borrowed” from his country’s 1MDB sovereign wealth fund. 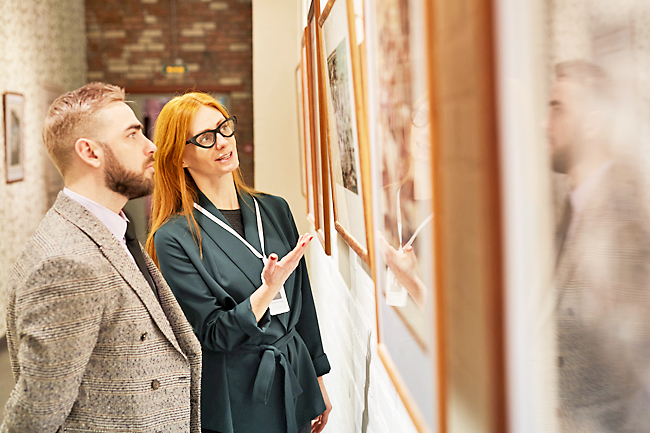 But some in the art market fear the new approach means they are being essentially hung out as bait for criminals.

“They say we don’t report enough people, but that’s because we don’t do sales if we get a sense that the buyer is doubtful or shady,” said Marion Papillon, who runs a Paris gallery and heads a group representing the trade.

“Tracfin (France’s anti-money-laundering authority) actually wants us to complete the sale so we can report them,” she told AFP.

Dealers also worry about the financial impact, not least because secrecy about their clients’ identity is often their most prized asset.

“Remember, it’s a completely cut-throat business,” said Tom Christopherson, an art law consultant for Bonhams auction house in London. “As soon as something expensive is sold at auction, within seconds the whole art market is trying to work out who that bidder was. Everyone wants to cut out the middle-man.”

There are more immediate costs, too, as even small independent galleries will need to start running background checks as if they were a bank. “Many dealers working with small volumes probably do know their clients, but they probably don’t have the resources to fully document that they know their clients. The art market is not famously good at bureaucracy,” said Christopherson.

Gallerists across Britain and France have tried to push back, arguing that regulators are looking in the wrong place – that criminals are much more likely to favour anonymous online transactions to dealing with professional art experts.

“We’ve had a tough time trying to explain to the authorities that galleries have zero interest in seeing artworks disappear into the wrong hands,” said Papillon.

For all this, most in the Western art market accept that the days of clubby confidentiality are numbered. The public is unlikely to shed tears over the thought of wealthy collectors losing their anonymity. Even if art dealers are not knowingly complicit in crime, their discretion and easily portable products can make them a target.

“Structurally there are a lot of ways in which money laundering certainly could easily happen in the arts, and therefore it probably does,” said Amy Whitaker, an art industry expert at New York University.

With the regulations here to stay, the only question is how a famously old-school industry adapts.

One possibility, said Whitaker, is that high-end dealers embrace technology, perhaps using blockchain-style encryption to continue guaranteeing privacy while also keeping a traceable log of purchases. That would require quite a cultural shift for an industry “where a significant number of people still print their emails”, she added, laughing.

The opposite could also happen, she said, with wealthy people opting for backroom sales that avoid the paperwork. “So you might get this split where you have an incentive towards a science fiction level of technology and also this analogue version of two people doing a deal over an Aperol Spritz”, said Whitaker.