Why burnout won’t go away, even as life returns to ‘normal’

THE WASHINGTON POST – For Marcia Howard, the Cheez-Its were a breaking point.

At her son’s first in-person school event this year, she realised she forgot to bring the
class snack.

“I just broke down in the car and I started crying,” she said. As a class parent, she was torn up about forgetting the crackers. “It turns out everything has been overwhelming. And there’s no shaking it.”

Howard started a new job at the beginning of the coronavirus pandemic working as a creative operations director at a Fortune 500 company.

“I’m a Black woman. Between the pandemic and everything that happened to George Floyd and the summer of protests… I had that first wave of, ‘Oh, gosh, I’m tired. I don’t feel like I can do anything. I stay up all night, looking at my phone and just really can’t focus,’ ”
she said.

Then the fall came around, and it became clear many schools wouldn’t fully re-open for in-
person learning.

She’s been told by her company that she can take time off as she needs, but it’s just not that simple for her, she said. “It is all really wonderful to hear. But trying to prove myself in a corporate environment as the only Black leader, can I?” Howard said.

In February, she said she was told by her therapist that she was on the verge of depression. 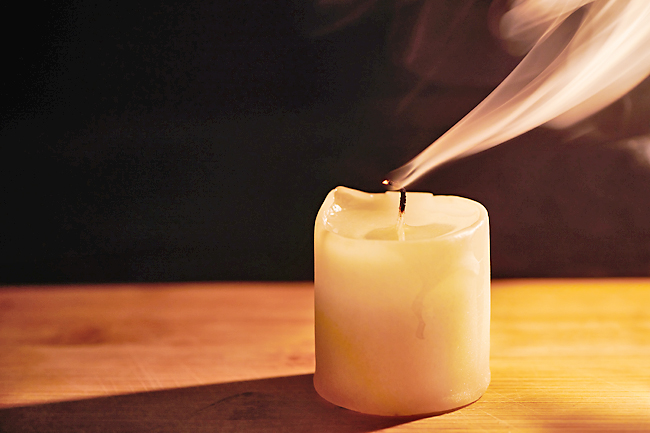 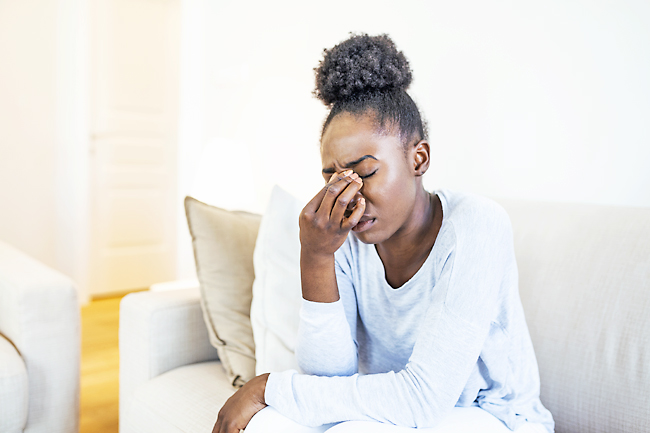 “I feel like everyone is starting to think the world is getting back to normal, and I just can’t even bring myself to be hopeful about it,” Howard said.

With vaccinations initiated for half of Americans over 12, and guidance on masking and social distancing easing, the triage stage of the pandemic is lessening for some in the United States. Yet external progress markers can disguise – or even induce – a flurry of conflicting emotional, physical or cognitive states. Like getting sick right after turning in your last final, for some women who bore the brunt of domestic burdens while juggling work pressures for over a year, the breaking point may come with the breathing room.

As the country races toward a “normal” summer, for women like Howard, the picture doesn’t match up with her reality. She’s still struggling through a burnout unlike
any other. “Traditionally, we think of burnout being a state where someone is increasingly overwhelmed with the tasks in their lives, feeling a markedly decreased sense of accomplishment and effectiveness in what they are doing, and feeling like the things they loved to do now feel like just additional tasks. After a time, there can be mental health consequences,” a Boston-based psychiatrist Maureen Sayres Van Niel said.

The pandemic magnified that condition exponentially.

“We had women with and without children managing situations that had life and death consequences in their daily lives: how to provide food for their families when the deadly virus was omnipresent or they were suddenly without an income, how to care for an elderly mother without physical contact,” she said. “Burnout in the traditional sense doesn’t capture the sense of the past year’s events.”

By March, one in four Americans adults suffered the loss of a close friend or relative to the coronavirus, according to the KFF coronavirus vaccine Monitor; about one in three knew someone who died. And for those with family and friends in countries where death tolls are mounting daily, there is little relief.

“By mid-summer many will likely be feeling conflicting emotions such as relief that they are protected against the virus and happiness to see friends and family again. But having these new freedoms allows us to reflect on what we just lived through, what we endured, and what we lost. We will then be able to really feel our burnout, to let it surface,” said Stanford University sociologist Marianne Cooper.

“People will need time to process what they have lived through.”

People are also mourning the loss of jobs – as well as routines, health, opportunities
and time.

Baltimore-based psychiatrist Kimberly Gordon said burnout isn’t an adequate term. She treats patients from underserved communities and has lived and worked through traumatic events like Hurricane Katrina. She frames the current conversation as one of moral injury, a term referring to “the strong cognitive and emotional response that can occur following events that violate a person’s moral or ethical code”.

“Burnout suggests that the problem resides within the individual, who is in some way deficient. It implies that the individual lacks the resources or resilience to withstand the work environment,” according to a 2019 study published in the journal Federal Practitioner.

That’s impossible, the authors said. “While there is nothing inherently wrong with any of those practices, it is absurd to believe that yoga will solve the problems.”

The problem with using the term burnout, Gordon said, is that people equate it with a failure of their own, compounding the issue.

“You take these people who are really passionate and energetic, who want to do a good job, and they lose their motivation,” Gordon said.

“Moral injury addresses the systems issues that lead to burnout, and calls for systems to address those issues.”

For some, the moral injury felt like betrayal by employers, the government and neighbours.

Emergency physician in North Carolina Jennifer Casaletto remembers one of the lowest points in the middle of the pandemic, a period she refers to as “backstabbing”.

“That was one of the hardest humps to get over, realising we’re still going to work risking our lives and the lives of our family, and our friends telling us ‘This is completely overhyped.’”

She recalled an incident during which a neighbour brought their child to Casaletto’s house to get stitches, then told her they were going on vacation to Mexico and were hoping to get around having to mask on the plane.

While the pandemic has been hard on everyone, women are bearing the physical and mental load of burnout unequally, emerging data shows.

In March, the Axios/Ipsos Coronavirus Index found 30 per cent of women said they felt “overwhelmed or burned out” over the past year, compared with 21 per cent of men.

“The pandemic has also laid bare the ways in which the society and its institutions were not created with the biology of women workers in mind,” Sayres Van Niel said.

Mental health professionals suggest telling employers about what you need to be more productive at work.

“We think of ourselves as passive participants in our workplace but we can actually have an active role in the culture,” Gordon said.

For example, say you can work until 7pm but you need child care. One of Gordon’s patients recently told their manager they were manic depressive, and they were able to come up with a more flexible schedule.

“It’s really important to find workplaces or create workspaces, where people can have courageous conversations,” she said.

She also recommended making small changes in everyday life, like exercise or watching a comedy special. Little daily tweaks can be more effective than a week-long vacation over time, she said.

Howard, the Fortune 500 director, said she tries to work in a daily bath and is focussing on a renewed exercise routine. There’s still plenty for her to be stressed out about: an upcoming minor surgery for her son, family reunions with mixed vaccination statuses and a recent emergency room visit for the family cat.

It can feel like the rush to reopen is happening too fast, she said, putting her at odds with others who are thrilled to take off their masks and return to “normal”.

“I’ve just realised that I don’t have to be there… I don’t emotionally have to get there. I can take my time recovering from the past year and a half. I’m sitting with my feelings and it’s still normal to be unable to focus.”