Why are toys important during early childhood?

“Toys are important. Playing for children is not a break from learning, rather play is real learning.

Back in 2016, when I was a new mother, I rarely invested in my children’s toys. I felt that they can always play with regular things at home, so why bother spending and storing so many things. I would literally run away from toy stores!” said Simran Lekhi founder of Kidstack.

The learning capacity of a child is relatively higher than us because of the fact that it is their age of development and growth of mental and physical health.

“Over the course of time, it came to my realisation that we live in a world where there are far too many distractions and far too little focus on concentration.

“There are several aspects that I personally witnessed while witnessed during my children’s playtime,” added Simran Lekhi. 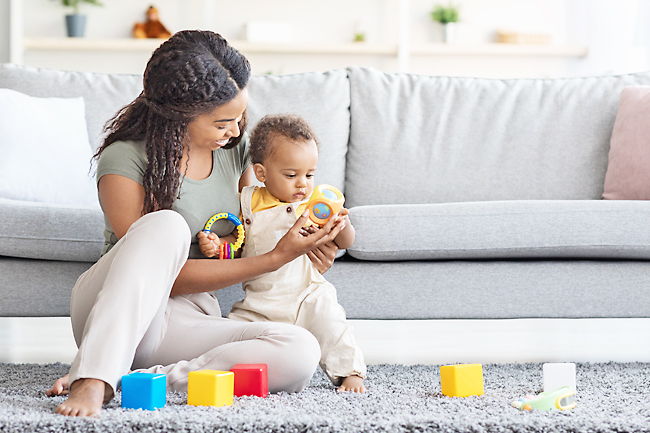 One cannot emphasise more the fact of how toys have taught us certain skills, which otherwise would’ve been learnt in a conventional way, making it mundane.

– We use number blocks for making 10’s

– Creating structures via block play to learn the concept of weight (heavy & light) and balance (yes, our structures crash too!)

– Ability to solve problems: During play, one encounters problems, which they learnt to solve thus enhancing their foundational mathematical understanding.

– Spatial understanding: comes in handy when they learn to drive.

One discovers several products which children seem to be enjoying a great deal. Having explored numerous toys, one can easily put them in two categories:

– Is the toy playing with the child? OR

– Is the child playing with the toy

Category 1 is the type where the toy is performing all the activities and your child is simply watching. Think of battery-operated toys like a train moving on a track or a doll dancing around to music. Here the child has zero involvement and no growth.

Category 2 is the type which puts the child in the driver’s seat and lets their imagination and creativity take centre stage. There is no predefined structure. This is what your children need to be playing with.

Whether it’s building blocks, pretend play, or role-play, such toys encourage children to make sense of the world around them. When they come up with different scenarios, we are advocates for thinking out of the box.

Apart from physical growth, the pandemic taught us how we need to be cognizant of our surroundings from an emotional well-being point of view. This is why nurturing that part of the brain from an early stage becomes crucial.

Toys are responsible for children’s emotional growth. Think of that special toy that your child doesn’t go to sleep without. It’s a source of comfort and one must keep encouraging them to create that bond with their favourite toys.

One of the biggest challenges parents face is figuring out what’s going on in the mind of a toddler! Don’t we all wish we could decode their brain every time they throw a tantrum?!
Art comes to your rescue here. Simply use crayons, paints and an empty drawing sheet and tell your child to express their emotions. Let them make a mess or take it slow and watch how you will learn what your child is going through.

CHOOSING THE RIGHT KIND OF TOYS

This is the tricky part! The amount of time your child will spend playing with toys and being healthy is directly correlated to you choosing the right kind of toys.

HOW TO SPOT THE RIGHT TOY?

Can the child play with the same toy in more than one way?

Is it sustainable? Should it naturally decompose?

Children need toys. Period. And one can safely conclude that toys are children’s words, and play is their only language.