GENEVA (AFP) – The World Health Organization (WHO) on Wednesday welcomed new studies concluding that COVID-19 first emerged at an animal market in China’s Wuhan, but insisted it was too early to rule out other theories.

“All hypotheses remain on the table,” WHO emergencies director Michael Ryan told reporters from the UN health agency’s Geneva headquarters.

Solving the mystery of where the SARS CoV-2 virus came from and how it began spreading among humans is viewed as vital to averting future pandemics.

The two main theories that have been hotly debated since COVID first surfaced in China in late 2019 have centred on the virus naturally spilling over from bats to an intermediary animal and into humans or escaping due to a lab accident.

Two peer-reviewed studies published in Science on Tuesday claimed to have tipped the balance in the debate about the virus’s origins, concluding it must have been introduced naturally through the wildlife trade at the Wuhan market. 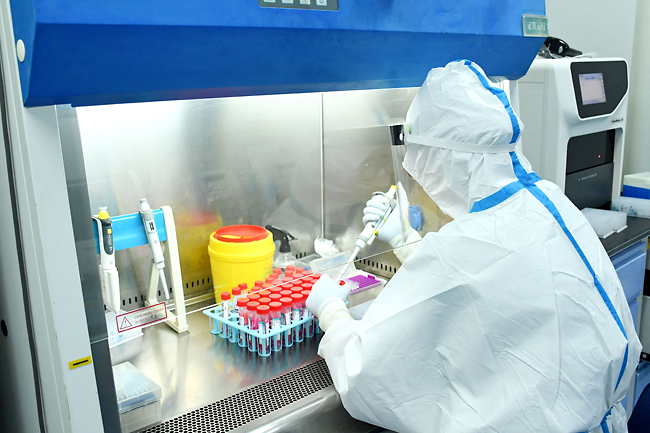 The second examined genomic data from the earliest cases to study the virus’ early evolution, concluding it was unlikely the coronavirus circulated widely in humans prior to November 2019. Ryan welcomed the studies.

“This is a scientific detective story that goes on. Each new piece of information adds to the overall assessment,” he said, stressing though that “all hypotheses remain on the table until you can prove that one hypothesis is the explanatory hypothesis”.

WHO’s technical lead for COVID-19 Maria Van Kerkhove, welcomed the studies, as well as another one published this week looking at environmental samples.

WHO experts, she said, had already evaluated the studies, which were previously posted as “preprints” before being vetted by scientific peer review.

“These are good analyses,” she told reporters, but stressed that more studies on the ground in China and beyond were needed before any final conclusions could be drawn.

“So for us this does provide more information around what was happening early days, but unfortunately, it’s not enough.

“We need more studies to be done in China and elsewhere to really understand the earliest stages.”

Without more studies, “there are still open questions for us”, she said.

The goal, she stressed, “is not just to figure out how this pandemic began, it is to learn how we better prepare for the future”.