THE WASHINGTON POST – Soon Wiley’s moving debut novel, When We Fell Apart, begins shortly after the suicide of Yu-Jin Kim, a promising student in her final semester at a prestigious university. Bright, talented and beloved by her father – the powerful South Korean minister of national defence – Yu-Jin seemed like a person with everything to live for. Her boyfriend, Min, convinced that he missed a sign or an opportunity to help, seeks answers about what Yu-Jin was struggling with – and possibly hiding.

The novel’s chapters alternate between Yu-Jin’s perspective in the years leading up to her death and Min’s attempts to understand what happened afterward. As the voices build, they slowly reveal a powerful story about the pressures experienced by young adults living in Korean society.

Reminiscent of Cho Nam-Joo’s international bestseller, Kim Jiyoung, Born 1982, Wiley’s novel depicts the rigid social and cultural expectations that govern women’s careers, relationships and bodies. Even for a woman like Yu-Jin, who was born and raised with every privilege, the future is a path lined with choices that already seem predetermined.

With the encouragement of her best friend, Sora, Yu-Jin was attempting the seemingly radical act of doing what made her happy in a country where some, including her highly controlling, shadowy father, still regarded the pursuit of happiness as an American convention, “a foolish idea to place in the minds of the weak”.

After years of always doing what was expected of her, Yu-Jin was secretly taking a film class that inspired her, and while still dating Min, she was also having a passionate relationship with someone whose identity, if discovered, would probably ruin both her and her family’s reputations. 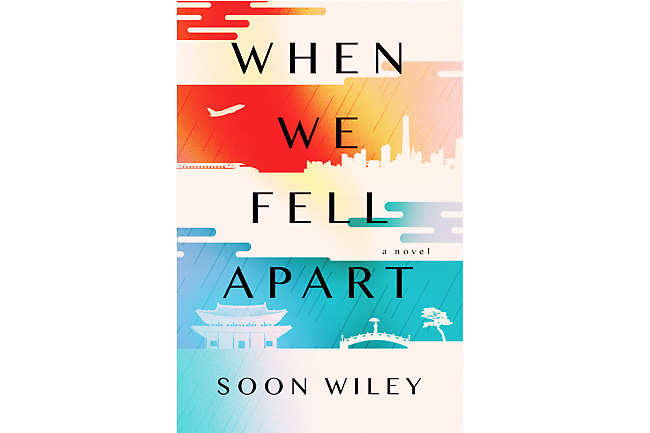 While Yu-Jin’s chapters read like a mystery – propulsive and forensic in their examination of her secrets and desires – Min’s storyline is more reactive. Other characters, including Yu-Jin’s roommates and a detective assigned to her case, instruct him to meet them at various clandestine places in and around Seoul, and he dutifully obeys, collecting more pieces of the puzzle along the way.

At times, Min seems more motivated by self-absorption than his feelings for Yu-Jin. At one point, he looks back on their happy, easy relationship and thinks, “Perhaps there was still something wrong with him, a deficiency. Why else would this have happened? Why else would she be gone?”

It turns out there were many reasons, few of which had anything to do with Min, who was the one relatively uncomplicated source of pleasure in Yu-Jin’s increasingly complicated life.

Wiley is a master of structure and pacing, with a gift for ending chapters at their most gripping moments, which gives this mournful novel the page-turning quality of a thriller.

Yet what makes When We Fell Apart such a must-read is its portrayal of the extraordinary pressure faced by young people in Korea to conform and perform.

Suicide has been the leading cause of death for young people in South Korea since 2007 because of a number of factors, including financial troubles, high unemployment rates, a widening gap between rich and poor, and a hypercompetitive education system.

In one particularly memorable chapter, Yu-Jin prepares for life after graduation under her father’s careful supervision.

This includes a haircut and makeup consultation, a fitting for a custom-tailored suit and a professional headshot session in which her cheeks ache “from holding an expression that my father said must exude ‘serious but not intimidating, hard-working but not difficult.'” She also meets with a female job interview coach whose rules and tips are “all seemingly aimed at subservience and decorum”.

In the end, Min, a biracial Korean American struggling with his own issues of identity and acceptance, is the perfect person to search for answers about what happened to this young woman who wanted to choose another path.

It’s a fitting role given that “everything he’d ever done, everywhere he’d gone, Min had only wanted one thing: acceptance. It was a desire Yu-Jin must have known well”.