When the glass is half full

THE WASHINGTON POST – I am happy to report new educational research revealing the positive influence of crazy optimists like me.

This added joy to my holiday season. Optimistic teachers may be wrong to think that nearly every one of their students will graduate from college.

But their upbeat attitude appears to produce a higher percentage of degree holders than exposure to teachers with the dreary expectations of Ebenezer Scrooge.

American University economist Seth Gershenson found that high school teachers – no matter what kind of school employed them – produced more students completing college when they had high expectations for those young people.

“Having a maths teacher who fully expects a student to obtain a college degree (relative to one who thinks the student has no chance) boosts that student’s odds of college completion by about seventeen percentage points,” Gershenson concluded in his report The Power of Expectations in District and Charter Schools.

The uplifting effect occurred in both regular public schools and public charter schools, he said. 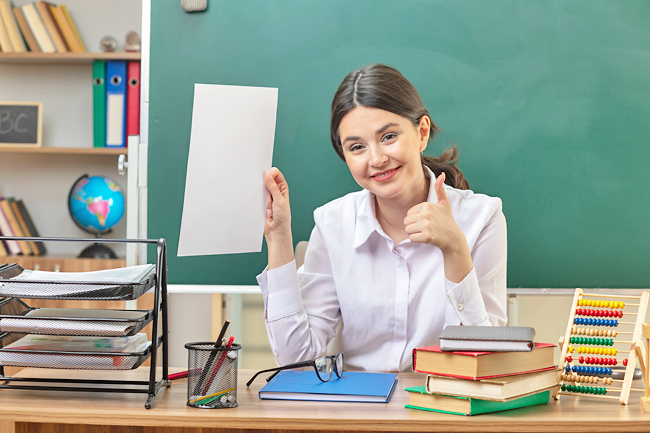 There was some evidence suggesting the effect may have been even bigger in charter schools, but due to small sample sizes, those differences weren’t statistically significant.

There are many journalists in my family. People in our trade tend to be sceptical about good news. Reporters spend their time looking for what’s wrong and have doubts about colleagues like me who don’t. My wife, a retired newspaper editor, has for decades called me the “Pollyanna from hell”.

Nonetheless, I devote most of my efforts to finding successful schools and teachers and explaining how they produce good results.

Gershenson’s new study is eye-opening to me, as was his earlier work showing teachers with tougher grading standards improved learning outcomes for all major student ethnic groups.

The surveys track more than 30,000 students who were in the 10th grade in 2002 and 2009, respectively. The data includes their education after high school and their early work histories.

Gershenson discovered interesting differences in some cases between math and English teachers.

Gershenson said, “it may be easier for math teachers to buy into the idea that all students can succeed because most math learning takes place in schools and/or because math achievement is measured more objectively than is English achievement”.

The ELS asked two teachers for each student this question: “How far in school do you expect this student to get?” The HSLS asked each student if they agreed with this statement: “Your maths teacher thinks all students can be successful”.

It likely has more to do with different school cultures and attitudes toward students.

Private school teachers still showed higher expectations than regular public school teachers, but that gap was reduced by about a third after the statistical adjustment was made, in part because the family incomes of private school students were on average higher.

Gershenson has a view about the effect of this which might be criticised by people who think it is cruel to get kids’ hopes up.

“Being wrong about a student who eventually completes college implies pessimism, which is potentially harmful, whereas being overly optimistic is mostly harmless,” he said.

I agree with Gershenson. That will not surprise my wife, who knows I am an optimist as cockeyed as Nellie Forbush in the musical South Pacific. I thank Gershenson for showing such rosy attitudes can help students reach important goals in their lives.